Asia and Europe: two continents with various countries and different cultures that couldn’t be more different – especially regarding the business relations of each world region.

“The Asian-Pacific region achieved the highest economic growth in the past few years, which also benefits Berlin’s economy.”

- Ramona Pop, Senate for Economics, Energy and Public Enterprises, in an interview with OWC publishing company.

Not just Berlin’s economy benefits from the cooperations, but it reinforces Berlin's image as Germany’s startup hub. That’s the reason, why more and more asian-pacific founders aspire to relocate to Berlin.

Start Alliance was originally launched due to a cooperation with Shanghai. This business network, started by the startup-unit of Berlin Partner for Economics and Technology, aims at facilitating access into a market, adapting business models to international requirements and accelerating innovations. Thus, Berlin-based startups are given the opportunity to connect with startup metropolises from all over the world. The current Start Alliance Cities are: Beijing, Shanghai, Dubai, New York, London, Paris, Tel Aviv, Warszaw and Vienna.

Due to the cooperation-platform StartUp AsiaBerlin, which was initiated by the Senate Department for Economics, Energy and Enterprises in cooperation with GIZ and the funding by BMZ, Berlin’s startup-eco system also connects with the Asian startup metropolises Bangalore, Manila and Jakarta.

Once a year another event strengthens the exchange between the culture and business: the Asia-Pacific Week Berlin. Initiated in 1997, this international platform for interdisciplinary, European-Asian dialogue brings together players from various globally relevant topics e. g. smart cities, industry 4.0, digitalization, startups and innovations. One Week, packed with events: and it’s all about the cooperation between Berlin and Asia and to develop future trends together. 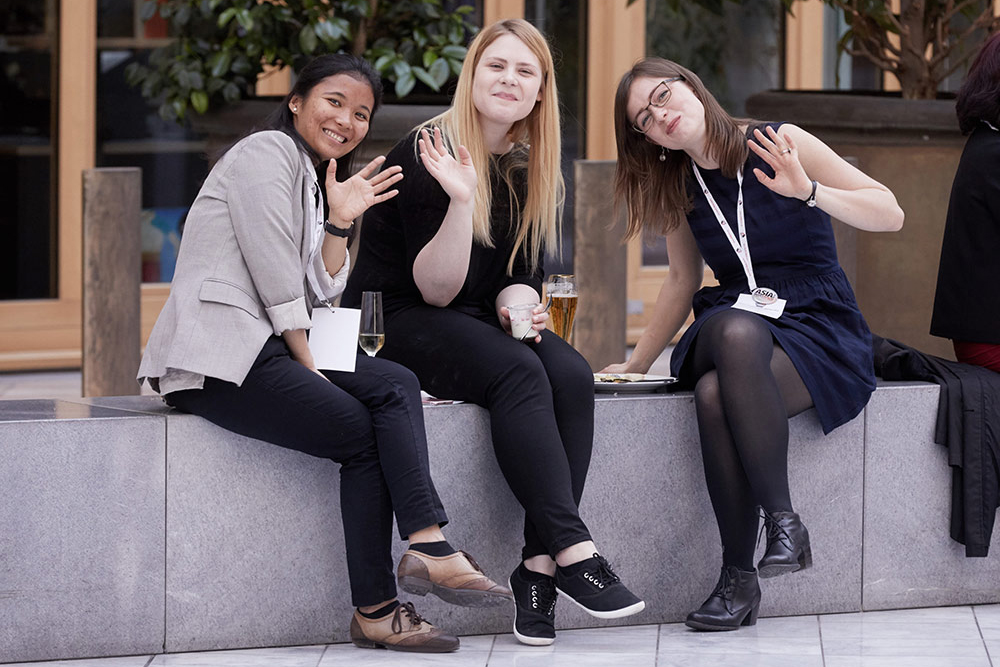 Now, let’s take a look at those, who came to Berlin to support the economic exchange between industries, continents, job markets, experiences, and cultures. The first interesting example, showing the engagement of a Japanese young entrepreneur, is Makoto Takeda.

A startup-connection between Berlin and Tokyo

After his German studies in Japan, Makoto Takeda returned to Berlin, where he had already spent parts of his childhood. As a visit organizer, consultant and business interpreter for Japanese delegations, he got in touch with the dynamic Berlin startup scene for the first time. Today, he is a successful founder himself, and Makoto Takeda can’t think of a better location for his company than Berlin:

“German startups, especially in Berlin, are innovative, bold and open to experimentation. You don’t need to bring a perfect beta-version to the market to be able to test it. In Japan, however, almost everything needs to be close to perfection. The expectations towards quality and perfection is unprecedented, which decelerates certain processes and intimidates creative minds. This is neither good for startups, nor for IT-talents. Asian markets/cooperation partners are becoming more important for German startups, which means, it’s an advantage to have somebody in your team, who doesn’t just understand technology, speaks the market’s language, but is also familiar with the consumer behaviour.” 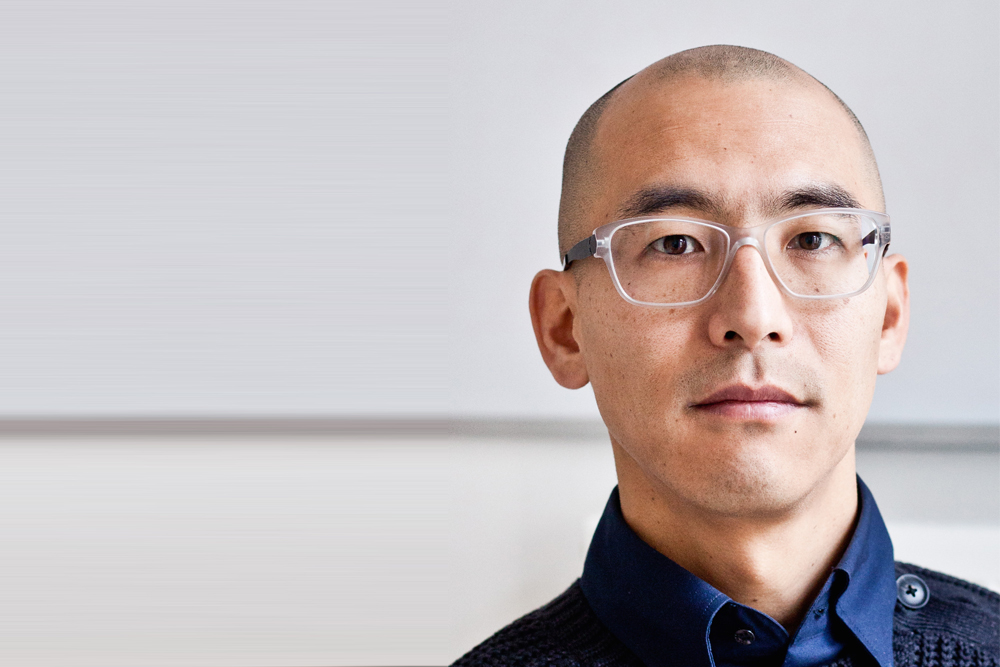 His company Bistream conveys corporate cultures in different countries – especially between Japanese software specialists from large enterprises and Berlin-based startups. His idea: to help IT-developers from Japan to get work experience in German startups over several months and to successfully put them into practice in their own business.

“German businesses can rely on a high willingness to learn, good work ethic and dedication in Japanese workers. Most Japanese workers bring attention and sensitivity for detail, which can help to enhance the quality of a German product or service.“

Compared to integrating Japanese in Berlin businesses, Ryotaro Chikushi brings a piece of the Japanese culture closer to Berlin.

Since he spent his childhood in Japan, Italy and Germany, Ryotaro Chikushi considres many countries his home. Growing up and living in such an international environment means that sometimes one misses elements of the other culture. So it happened that Ryotaro Chikushi wanted to bring a little piece of Japan to Berlin.

With his project NION Berlin he has created a new model of living – apart from other aspects, it is first of all an integration project of the local Berlin culture, an international culture and a third culture: in this case the Japanese.

“I strongly believe in the concept of an open, free, tolerant, integrative and inclusive Europe. Berlin and Germany represent and “live“ those values.” 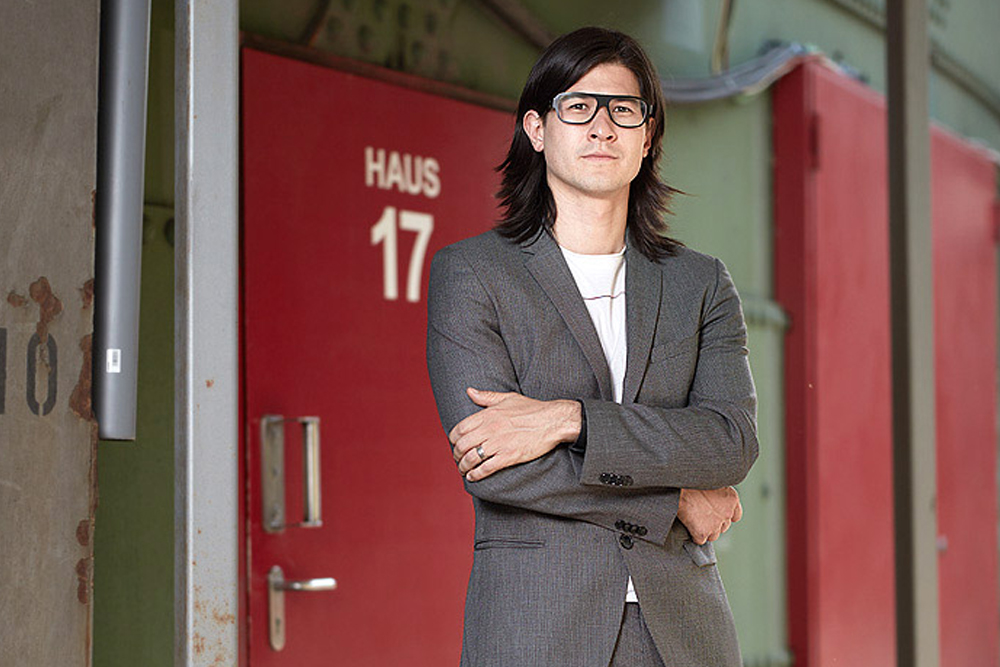 With NION Berlin, he envisioned to build a hotspot of contemporary creativity and traditional culture, an innovative technology hub and an emerging community where “local meets international”.

“Bringing a piece of Japan to Berlin is so important to me, because I feel very close to the Japanese culture and I see many synergies with the German culture. There is so much we can learn from each other, as Berliners are free spirited and don’t like to fit in any pattern. For them, it’s more about personal growth and freedom – I think that is truly inspiring for Japanese.”

He has visited most European capitals and worked in Tokyo for many years, where he produced the biggest online design magazine of the time and founded a creative agency. But Ryotaro Chikushi decided to start his new venture in Berlin, because “it has become a young entrepreneurial hub for extraordinary projects and international startups”. His reasoning for this rapid development:

“Talent. There are lots of great and skilled people in Berlin.”