In 2001 the three districts Mitte, Tiergarten and Wedding merged to the new Mitte (literally “middle”). With that, contrasts and contradictions clashed but also a creative symbiosis arose, making Mitte a vibrant centre offering countless cultural attractions as well as spaces for business, innovation and leisure activities. The area simultaneously stands for a grand metropolis and major world capital while remaining a cozy and sometimes even quiet residential location. Did we pique your curiosity? Learn more about one of only two Berlin districts that used to be separated in the former East and West Berlin.

Today’s Berlin emerged in the 13th century out of the former towns of Berlin and Cölln. Until today, the tourist attractions along Unter den Linden Boulevard are an expression of Berlin’s status as the political and cultural centre of Germany. It is where Berlin and Germany are governed and administered, which accounts for the high concentration of state and federal offices all over the district.

Todays refurbished Reichstag parliament building is crowned by an elegant glass dome open to the public – a symbol of a new, politically transparent Germany firmly committed to European ideals. A few steps further on just in front of the parliament building, you can stroll around the government quarter. Indeed, the proximity to political bodies is just as attractive for companies, banks and interest groups as it is for the hotel and foodservice industries. Mitte is also home to many young, creative and innovative companies. The ICT, media and advertising industries are well represented here – especially in the rapidly growing startup scene. They contribute significantly to Mitte’s reputation as a cool place to live and work.

Mitte’s variety of universities and R&D institutes make for a highly efficient linking of business and science. The Humboldt University is one of eleven “Universities of Excellence” in Germany and is well-known across the globe for its venerable “Campus Mitte” as well as for the affiliated Charité – the largest university hospital in Europe.

Small and middle-class healthcare companies have set up their businesses next to world leading companies such as Bayer Healthcare Pharmaceuticals, Pfizer and Sanofi. Close by you can also find renowned scientific institutes, such as the Robert Koch Institute and the Max Planck Institute for Infectious Biology. Business and industry tap into sources of inspiration provided by the Beuth University of Applied Sciences, which connects practice-oriented training with applied R&D and boasts the largest range of engineering programs in the region.

Business growth in Mitte also gets a boost from its center location and the ideal public transport connections and the hubs at Hauptbahnhof and Westhafen.

Room for innovations in technology and industry

The city’s largest inner-city industrial area – the Industrie- und Gewerbegebiet Moabit – is located here directly at the Spree. From the wholesale market at Westhafen all the way to the district of Wedding, there are many commercial parks featuring small and middle-sized enterprises, particularly those active in mobility and logistics, production and mechanical engineering and information and communication technology. Around 150 companies and approximately 22 research facilities are located at the 25 hectares Technology Park Berlin Humboldthain (TIB). Established companies and entrepreneurs receive support from the Berlin Innovation and Startup Centre (BIG), the first centre of its kind in Germany, which offers a wide range of support and cooperation services. This is where young tech-oriented companies, such as Specs Surface Nano Analysis, meet scientific institutes such as the Fraunhofer IZM and the facilities of TU Berlin on Campus Wedding. 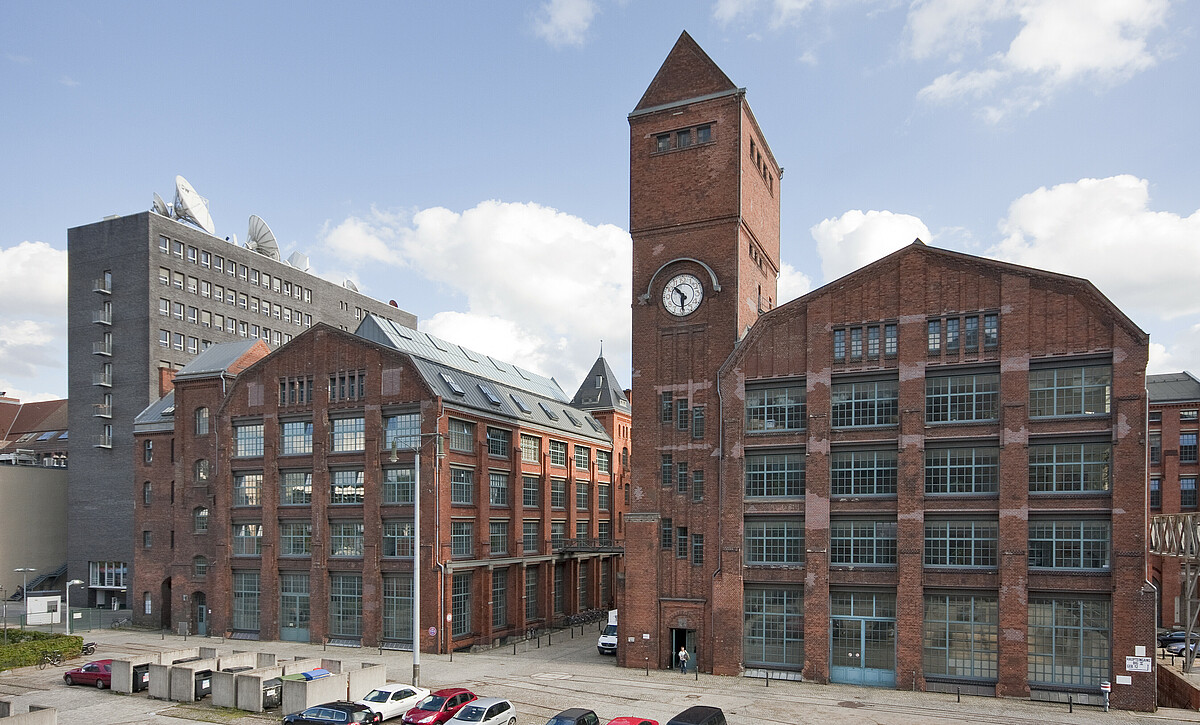 Mitte is also the leader in Berlin’s startup-scene. In the past years, the increasing number of startups has turned Mitte into a high-tech business and science location. Young enterprises, such as the startup campus known as Factory, are supporting the local innovators with community spaces, programs and events. WeiberWirtschaft, a center for women establishing new businesses, serves as an initial point of contact and offers orientation, consultation and networking opportunities to female entrepreneurs are. More than 5,000 square meters office and commercial space includes on-site childcare facilities, a canteen and conference areas that contribute to a balanced working and living environment.

Mitte certainly is Berlin’s most popular neighbourhood for a reason. At Alexanderplatz, a lively city square and traffic hub, you can visit the Word Clock (“Weltzeituhr”) or the Television Tower ("Fernsehturm"), which is at 368 meters not only the tallest structure in Germany but also the highest public building in Europe. Many famous Berlin attractions, like the Brandenburg Gate (“Brandenburger Tor”), the boulevard “Unter den Linden”, Gendarmenmarkt and the reconstructed city palace, that is being built on a central site where once Prussian kings ruled, are also within walking distance from there.

Only a short walk away is also the Museum Island (“Museumsinsel”), which is home to five world-renowned museums with works from Ancient Egypt, Byzantium and Berlin. The most famous and important cultural exhibits include the legendary bust of the Egyptian queen Nefertiti, the astonishing Pergamon Altar (currently undergoing restorations, reopening planned for 2023) and the impressive Ishtar Gate. The five museums on the Museum Island are the Pergamon Museum, the Bode-Museum, the New Museum, the Old National Gallery and the Old Museum.

Get lost in Tiergarten

Mitte offers not one, not two, but three major Berlin parks, plus several smaller ones on the side. Located directly in the city core next to the Brandenburger Tor (Brandenburg Gate) and the Potsdamer Platz, with a size of 210 hectares, Tiergarten is Berlin’s second biggest park (largest green area: Grunewald). Next to lakes, beautiful glades and plenty of runners, Tiergarten park offers attractions like the Victory Column (“Siegessäule”), the House of World Cultures (“Haus der Kulturen der Welt”) and an English Garden, showing off English landscape architecture. Also, several memorial sites and restaurants are placed inside and close to the park.

Visit the Tiergarten teahouse for a nice cup of Earl Grey. Commissioned by the British General Bourne, and with a donation of 5,000 trees, the southwest section of Tiergarten was restructured into a quaint Englisch Garden. This same garden still stands today and within it, the aforementioned teahouse.

Located in the southwestern part of Tiergarten, you can find the Berlin zoological garden. It covers and area of 33 hectares and is the most visited Zoo in Europe. It’s not just home to the only giant pandas in Germany, but with around 20,000 animals from 1,300 different species it is also the zoo with the largest variety of species worldwide.

Berlin Mitte at a glance:

Watch this video about Berlin Mitte: