For any big city, mobility is a huge topic. How easy is it to get from A to B? What’s the quickest way to cross from one district to the next? How long will it take to reach an address across town? Be it for work or leisure, “what’s the best way to get to …?” is a typical question people in cities ask themselves. Even a simple trip to the supermarket involves choices.

Berlin has 5342 kilometers of road. Most city streets have sidewalks and many of these have bike lanes. Walking and cycling in Berlin are both easy and rewarding. Roads are generously wide, avenues are plentiful and often lined with trees, and in most areas buildings are not higher than three or four floors. Unlike many metropolises over the world, in Berlin it seems that wherever you are, you’ll be able to look into the distance in at least one direction without having your line of sight blocked by nearby walls.

Plentiful traffic lights allow you to cross the road easily, with many crossings having extra lights for cyclists. As a pedestrian, look out for the typical “Ampelmännchen”; the iconic walking green man with a hat and red man spreading his arms for stop were taken over from GDR traffic lights for many crossings in western Berlin after the fall of the Berlin wall. Unfortunately, he has not yet been seen riding a bike. 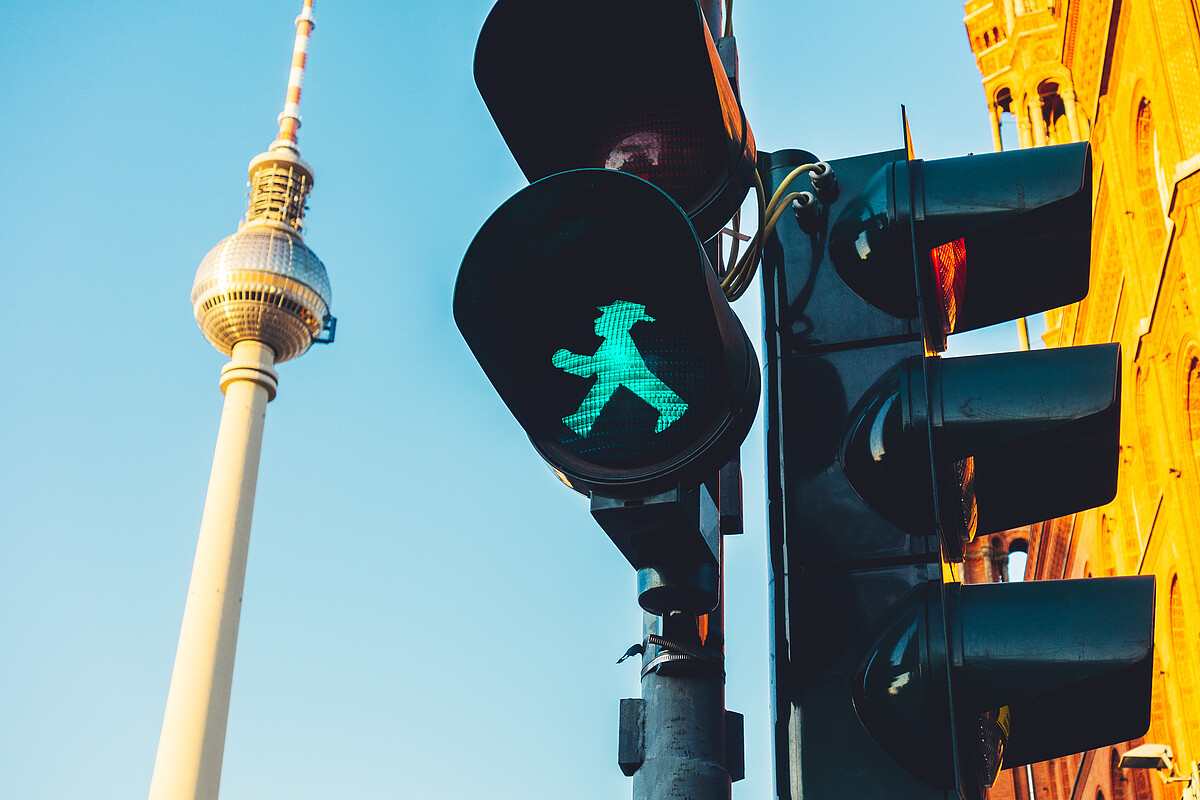 By bicycle is perhaps the fastest way to get around, and since this mode of transport has considerable other benefits, it is in the focus of city planning and infrastructure projects. Senator Regine Guenther explains, “Cities all over the world have demonstrated that bicycles are an increasingly attractive option. They make sense, because riding a bike is healthy as well as good for the urban environment. So now it’s about improving infrastructure to make riding bikes safer and better regulating how all the forms of traffic interact with each other. Berlin is showing the way here.”

The Senator is referring to over 700 citywide projects concerned with integrating bicycles into the traffic flow. These range from the creation of “protected” bike paths, pop-up bike lanes, green or red layer bike track on roads, and safety optimisation at crossroads.

Typical bike lanes are either a clearly marked part of the sidewalk between the street and the pedestrians, or designated lanes on the road itself. The number of people riding bikes in Berlin is increasing. Currently it is estimated at about 2,3 million. For them there are over 1100 kilometers of bike lane available, with more planned.

In the summer of 2020, more pop-up bike lanes started appearing. The corona pandemic has changed the amount of traffic in the city, and on certain stretches with lower commuter traffic than normal multi-laned roads have been converted to single-lane with bike path. 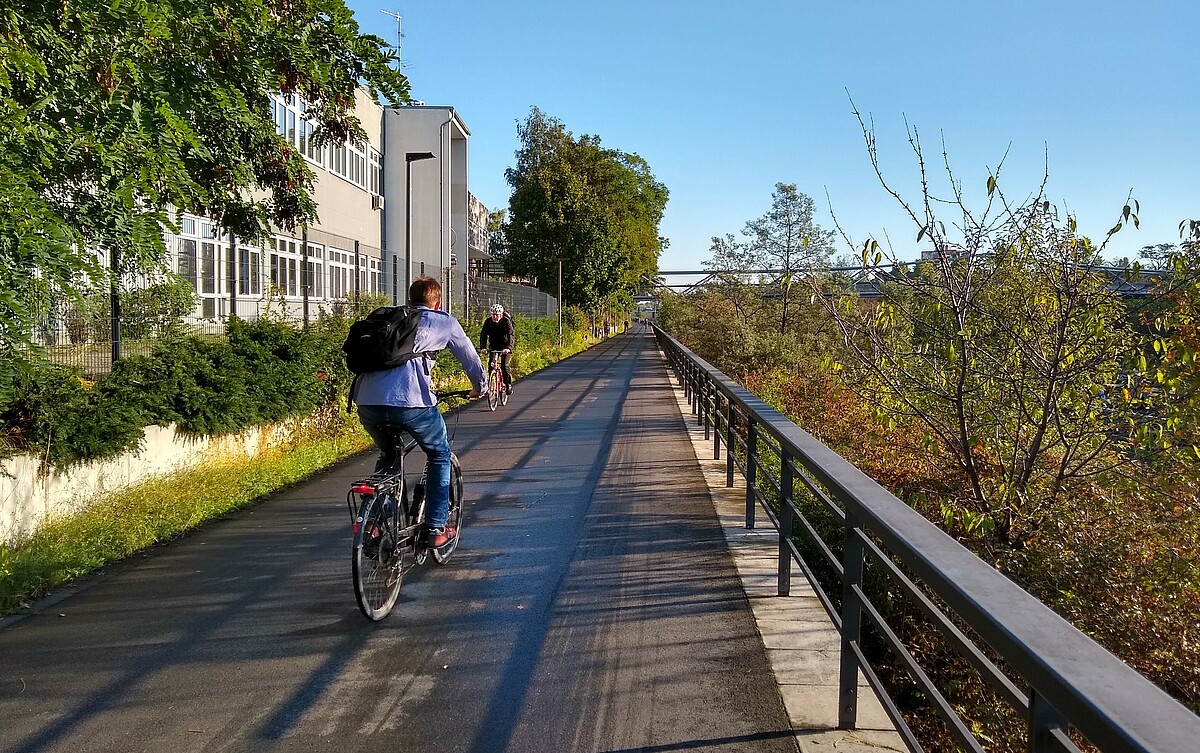 Pop goes the bike lane, here along one of the big parks in Berlin – © Thilo Spahl

These pop-up bike lanes provide researchers and city planners with plenty of information with which to improve the integration of bicycles into the overall traffic concept of the city yet more. On most roads, the amount of time needed to drive a certain distance did not increase markedly due to the car lane reduction (12 minutes for an automobile to cover 3,6 km instead of 11, for example), and on some stretches the time cars need has actually decreased!

Some world cities seem to be in permanent traffic gridlock. Some seem to favor cars over pedestrians. In Berlin, there are always a number of options when you want to move around, and the sheer number of bike shops in town indicates the popularity of the “wire donkey”, as the bicycle is affectionately known in German. If you want to saddle up and get on your new or second-hand bike, there are hundreds of bike shops in Berlin catering to all tastes and pockets.

If you are undecided, or here for a brief stay only, bike-sharing and e-bike-sharing is ubiquitous. You’ll find bikes that you can unlock with an app all around Berlin.

Of course, the BVG provides a reliable and close-knit public transport network – a ticket is valid for the city rail lines S-Bahn, the (mostly) underground U-Bahn, busses (at night too), and even some waterways. Bicycles are allowed on many of them at designated areas, so if the journey is just too far for your tired muscles, help is at hand from the friendly yellow transportation company.

And for some R and R, there are miles and miles of beautifully paved bike lanes leading out of the environs of the city into some peaceful Brandenburg countryside. At the weekends, many Berliners will take an S-Bahn to the city limits and then continue on their bikes to visit lakes, woods or meadows for a swim or a picnic, or look up some country inns and guesthouses. A network of bike paths make bike outings a pleasant option for a day in the country. Suggested bicycle tours are clearly marked and long stretches are set apart from the roads, so you don’t even hear the traffic.