But did you know that driving electric was also an option at the beginning of the automotive era, and was in fact even more common than gasoline engines until the start of the 20th century? On April 29, 1882, Werner Siemens demonstrated an electrically powered carriage, called an electromote, on a 540-meter test track in Halensee near Berlin. It was tied to a two-pole overhead line and is considered the world's first forerunner of today's trolleybuses.

How fitting that one major player in the next real revolution in automotive history has now come to Germany. Tesla CEO Elon Musk announced at the end of 2019 that the ‘Tesla Gigafactory Europe’ will be built in the Berlin-Brandenburg area. A degree of personal preference along with rational business reasons seem to go hand in hand in Musk’s decision. “I come to Berlin a lot,” he said. “Berlin rocks!”

The first three ‘gigafactories’ are in Nevada, New York, and Shanghai. “The most advanced high-volume e-car production plant in the world ...” will be the first Tesla production site in Europe. So the European Teslas will be ‘Made in Germany’, which for upmarket automobiles has some degree of resonance.

Brandenburg intends to turn the entire region around the new plant into a future mobility and energy transition hotspot, the centrepiece of which will be producing the Tesla Model Y, a fully electric mid-size four-wheel drive, with separate electric motors for front and rear axles. The car offers space for up to seven people under a glass roof with UV-protection. For the driver, the console is mostly a 15 inch touchscreen, so there is no old school speedometer on which you can watch how you accelerate from 0 to a 100 km/h in less than four seconds. 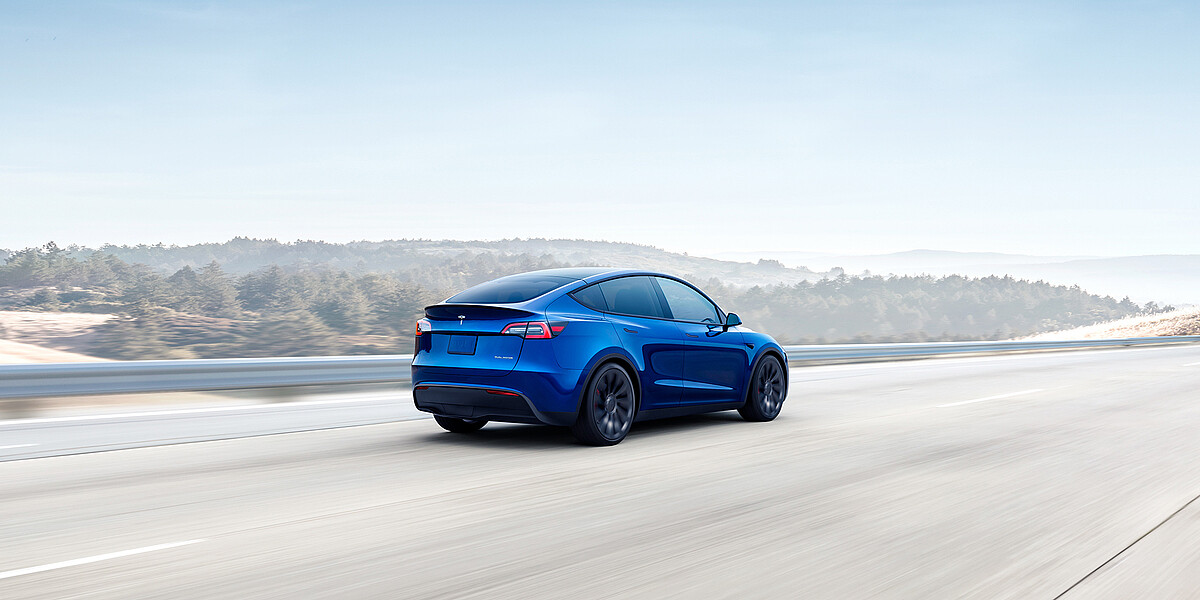 The four-wheel drive Tesla Y is the first model to be produced in Berlin-Brandenburg’s new plant. – © Courtesy of Tesla

The first vehicles are to roll off the conveyor belt in 2021. Eventually, 12,000 people will be making sure that 500,000 cars per year are assembled in Berlin-Brandenburg for the European market, with the mid range Model 3 slated to be next once Model Y production is established. In total, Tesla is to invest up to four billion Euro.

These days, car manufacturers source many of the parts rather than build them in house, but the Tesla plant will at least also contain a press shop, foundry, body shop, paint shop, powertrain manufacturing, seat manufacturing, as well as final assembly. And when all that is up and running, Tesla intends to produce battery cells there too. Lots of them, in fact. Enough 75 KWh batteries for 1.3 million Model Y vehicles.

The German Association of the Automotive Industry (VDA) welcomes Tesla’s settling in Germany. “Many suppliers will benefit,” VDA head Hildegard Müller has said. When it comes to suppliers, Tesla has been working closely with German companies for a long time anyway. Components come from Bosch (Stuttgart), Brose (Coburg), ZF (Friedrichshafen), Continental (Hanover), Elektrobit (Erlangen), and Daimler.

German competition approves, “because it makes it easier for us to create the German ecosystem for the automotive engineering of the future,” Volkswagen CEO Herbert Diess posted on social media. “That kind of healthy competition makes Germany better and more innovative.” Certainly Tesla’s direct presence will encourage brands like Volkswagen, BMW and Mercedes to further invest in green mobility.

The plant site is in Grünheide, which rather fittingly means ‘green heathland’ and lies about 35 kilometres south-east of Berlin. Brandenburg has the highest generation of renewable power production per capita in Germany, and according to state premier Dietmar Woidke this was one of the deciding factors for Tesla. The plant's energy requirements will be met to a great extent by renewable, locally and regionally generated solar and wind energy, and photovoltaic panels will be placed on the factory roof. Tesla has also taken measures to decrease the amount of water the plant will require. There is to be a wastewater treatment plant, with water purification to be achieved by distillation and reverse osmosis.

Furthermore, the company is paying for the relocation of bats to 368 nesting boxes elsewhere in the region, another 329 nesting boxes for birds, and also the moving of 21 ant nests.

Berlin’s new airport is only around 35 kilometres away from the plant site. The Grünheide area is quiet, but quite well connected to the city, and this infrastructure is going to improve due to Tesla settling there. The state of Brandenburg will help with direct train connections, a train station for freight, an exit from the nearby autobahn, and even bicycle lanes to public transport hubs and the city. Much coming and going between the plant and the city is to be expected.

With so many jobs being created, small wonder that 82% of Brandenburg’s population is in favour of the project.

Like many other new cars, the Tesla has software-based safety features like automatic emergency braking, collision warning, lane change assistant, and other driving helpers turned on. Fully autonomous driving, without any human intervention, is not yet permitted in Germany, but of course the Tesla Y is ready for it.

The future of cars is most likely electric, which means that (next to safety) battery technology is a vital factor. For this reason alone the new Tesla plant in the heart of Europe is good news not only for Germany but for the entire continent.

Promoting electromobility has long been an important goal of Berlin’s policy. In 2010, the Agency for Electromobility eMO was founded for this purpose, as part of the economic development agency Berlin Partner. The scope and variety of electromobility and new mobility services and providers in Berlin is unique in Germany, if not in Europe. And Berliners like driving electric. The number of electric cars in Berlin more than doubled in 2020. In no other German city can drivers access as many publicly accessible charging points for electric cars as in Berlin. At the end of February 2021 there were 1694 stations.