Robert Redford and Vivienne Westwood winners of the Greentech Awards at the glamorous Greentech Festival in Berlin.

Nowhere can the spirit of sustainability be seen more clearly than at the Greentech Festival, which took place once again in Berlin in June. You wouldn't think that 5 years ago the man behind it won the Formula 1 World Championship. The unprecedented success story of the Greentech Festival is due in no small measure to one of its prominent founders, Nico Rosberg. With typical need for speed, his commitment and energy contributed to the rapid growth of the Greentech Festival (GTF) since its inception in 2018 to the star-studded international format it is today. Nico has long been known for raising money for and donating to a number of charities and good causes. As co-founder of the GTF and its most prominent ambassador, he has become an eco-entrepreneur as well as a young global leader. And if you think it strange that a former racing car driver should be talking eco and green, know that Nico advocates that Formula One exchange the environmentally unsound internal combustion engine for all-electric racing cars. “If the whole world is selling electric cars or hydrogen powered cars, Formula One can’t be running on petrol engines,” Nico has said in a BBC interview. 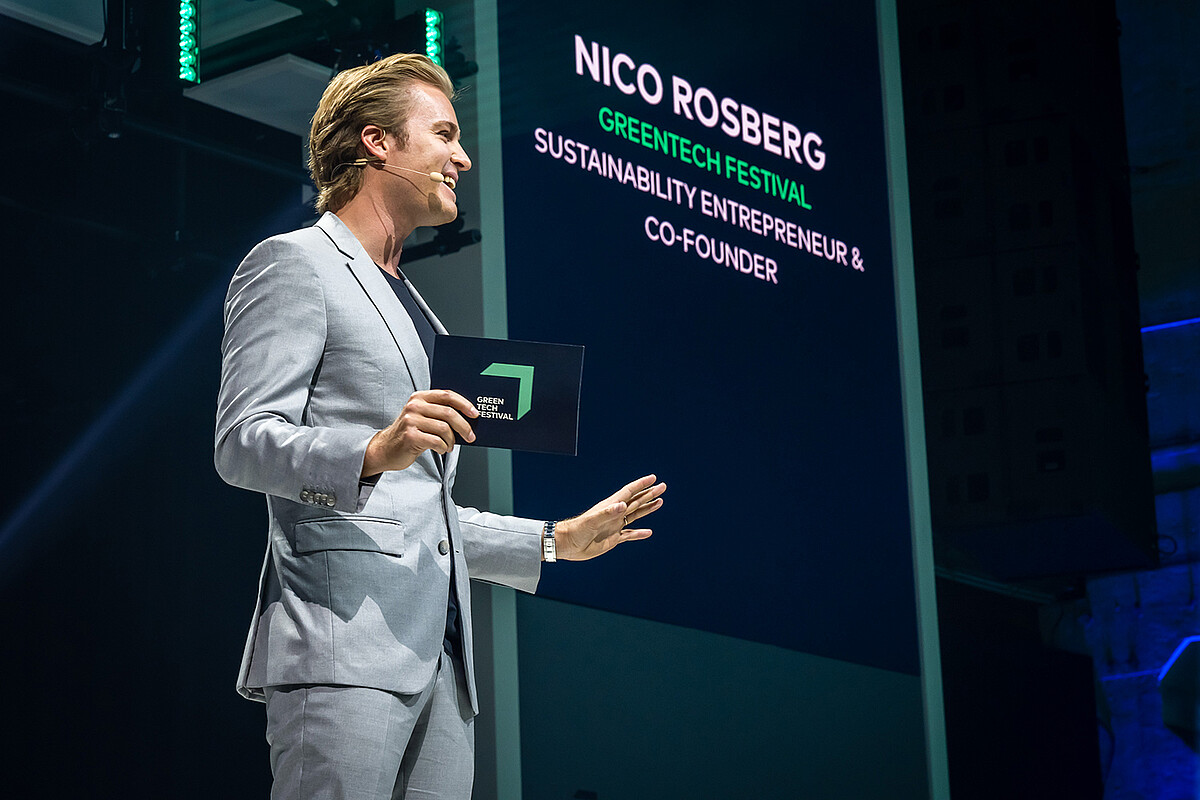 His Greentech Festival (GTF) brings together major figures in green technology, including start-ups and corporations, environmental activists and politicians, researchers and CEOs, and perhaps most importantly ordinary consumers. The spectacular festival presents environment-friendly future technologies and promotes sustainable lifestyles. The GTF has advanced to one of the largest and most prestigious events for green technologies world-wide.

Berlin kicked off the year’s activities in June 2021, in September New York takes center stage, and in November GTF Global is in London.

The conference revolves around sustainable business solutions. The long speakers list reads like a who’s who of world business, with pioneers from successful startups as well as leaders from established corporations providing inspiration and exchanging ideas in keynotes, panel discussions, bootcamps, and deep-dives. 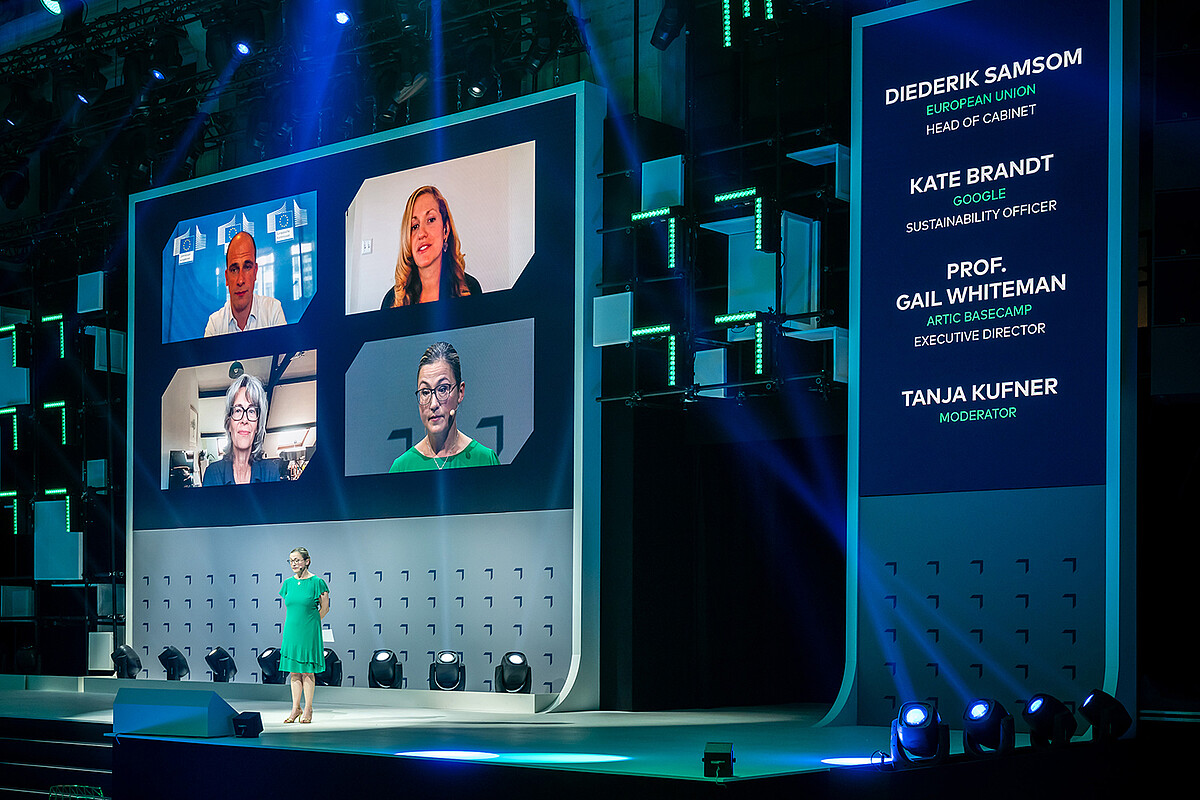 In the huge exhibition space, today’s consumers can view tomorrow’s products in all sorts of fields, from mobility to food. To the maximum extent possible under Corona conditions, thousands of visitors explored the offerings of 80 exhibitors from 20 countries, featuring green startups as well as big players. This is the place to see one of those flying cabs you’ve heard of, or try some of the more exotic agricultural produce we may be eating in the future.

The exhibition offered Audi, who recently announced that they will be producing only electric cars in the near future, and BMW the chance to show off their new vehicles. Alongside them were Bosch and Deutsche Telekom, EON, Hyundai, Skoda, Volvo and Würth, truckmakers MAN and toymakers Mattel, Samsung and Shell. Visitors could also get to know less well-known startups and new brands such as plastic-free shaving products from WLDOHO, Veganz vegan food, snacks from the NU company, Solutionair, who change car engines so that they run on compressed air, or clothing made of organic cotton. And it wouldn’t be Germany if there were no organic beer. 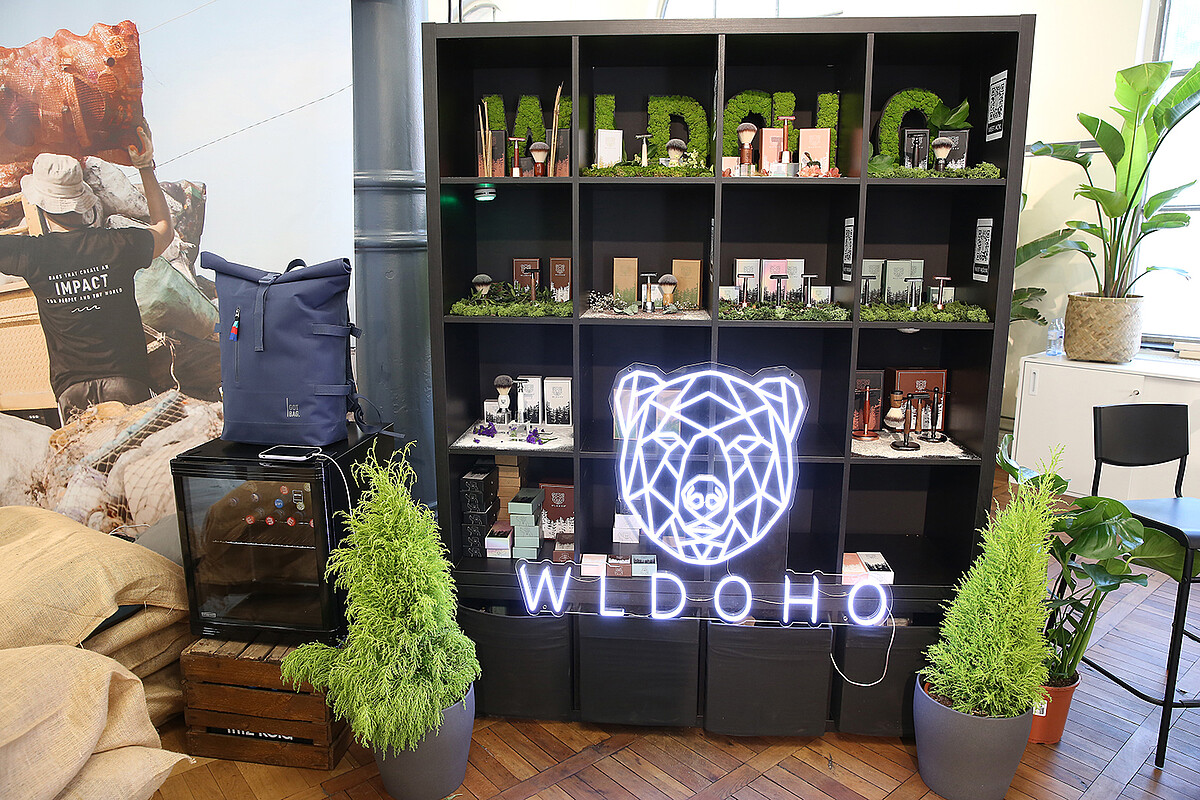 In this way, juniors under 25 have as much opportunity to gain recognition for their vision and achievement as established companies or institutions for their ideas and projects. Products and processes or services and technologies from large firms have as much chance of winning as small startups. The scope is international, solutions and innovations from Bali to Beirut have been honored in the Green Awards.

These are the 2021 Green Award winners: