There’s a light that never goes out in Germany’s vibrant capital: Berlin’s cultural life is definitely something your wouldn't want to miss. With a cultural landscape that is defined by both venerable cultural institutions and an exciting experimental scene, Berlin culture provides a daily dose of inspiration and entertainment.

It’s not very original to point out East Side Gallery, Berliner Dom or the Reichstag for a weekend-visit to Berlin. Although these three do showcase some of Berlin's great cultural and historical heritage, we want to call your attention to other interesting places that would be worth your while.

So let's say you have a full weekend to spend...

Visit the unique ensemble of museums on the Spree island in the center of Berlin, showcasing a wide range of art collections and cultural artefacts spanning several millennia from Europe and the wider Mediterranean region. In 1999 UNESCO recognized the Museumsinsel Berlin as a place of world cultural heritage for being 'a unique ensemble of museum buildings illustrating the development of modern museum design over the course of more than a century'. 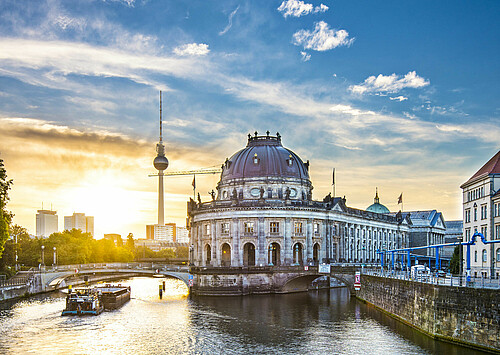 Since 2006 the Bodemuseum principally houses the Sculpture Collection and the Museum of Byzantine Art. The display of sculptures is enriched by some 150 works from the collection of the Gemäldegalerie, which has been located at the Kulturforum near Potsdamer Platz since 1998. With its collection of coins and medals, the Münzkabinett is also housed at the Bode-Museum, where it presents its chronicle of human history forged in metal.

Where to find? Am Kupfergraben, 10117 Berlin; Entrance via Monbijoubrücke

The Pergamonmuseum houses three of the Staatliche Museen zu Berlin’s collections: the Antikensammlung, Vorderasiatisches Museum, and the Museum für Islamische Kunst. The impressive reconstructions of massive archaeological structures – the Pergamon Altar, Market Gate of Miletus, the Ishtar Gate and Processional Way from Babylon, and the Mshatta Facade – have made the Pergamonmuseum famous throughout the world, with the result that it is the most visited museum in Germany.

Since 2013, the Pergamonmuseum has been undergoing staggered renovations and the hall containing the Pergamon Altar will be closed until at least 2024. 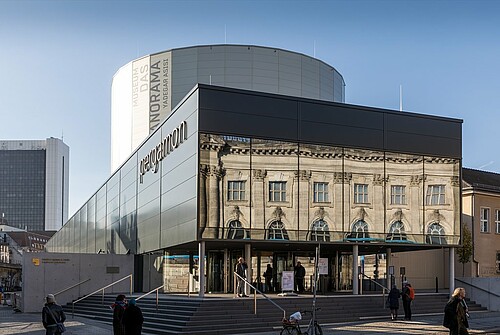 Meanwhile you can experience the temporary exhibition "Pergamonmuseum. The Panorama" opposite the Bode-Museum, which is based on Yadegar Asisi’s conceptual design and plans drafted by the architectural firm spreeformat architekten GmbH. With the panorama, the Antikensammlung and Yadegar Asisi are shining a spotlight on the city of Pergamon in Roman times (ca. 129 CE). 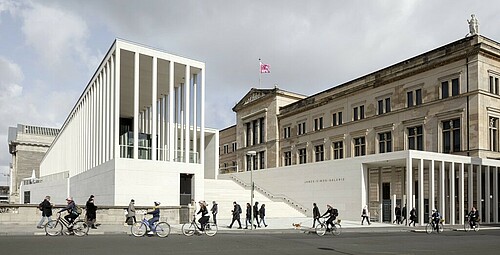 And since you're already there, you will probably notice the very new visitor centre for the Museum Island, James-Simon-Galerie. In addition to a large ticketing area, information and checkrooms, the building also accommodates a café, a museum shop, a lecture auditorium, and special exhibitions spaces.The terrace on Kupfergraben is accessible both during and outside museum hours. It provides direct access to the Pergamonmuseum, Neues Museum, and to the Archäologische Promenade.

These are just to name a few. Close to Museumsinsel, there is also the Deutsches Historisches Museum, which provides a unique overview of German history within its international context. If you're mostly interested in East German history, you may also pay a visit to the nearby DDR Museum. Moreover, known for its provocative and creative exhibitions, the Jewish Museum Berlin provides a place of active reflection on Jewish history and culture and is located near Hallesches Tor in the district Kreuzberg.

Check this museums guide for a comprehensive list of the Berlin museums as well as current exhibitions.

For a capital city, Berlin offers an exciting dimension of natural sites. Berlin is home to more than 2500 parks to give you some time to unwind, watch passers-by and even enjoy some live music. 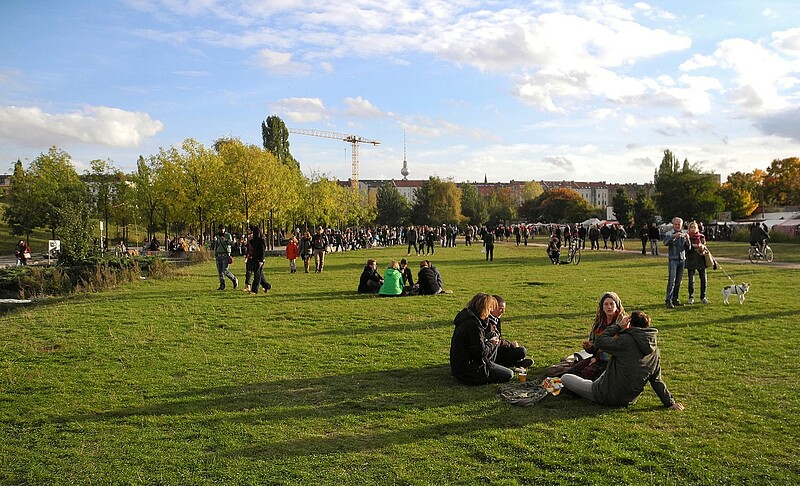 Situated in what was once the militarized “death strip” of the Berlin Wall (in German: Mauer) that divided East and West, Mauerpark is now a social, cultural, and artistic center of the city. Among locals and tourists it is known for instance for its flea market every sunday with handcrafted art, vintage clothing, furniture and tasty international street food. 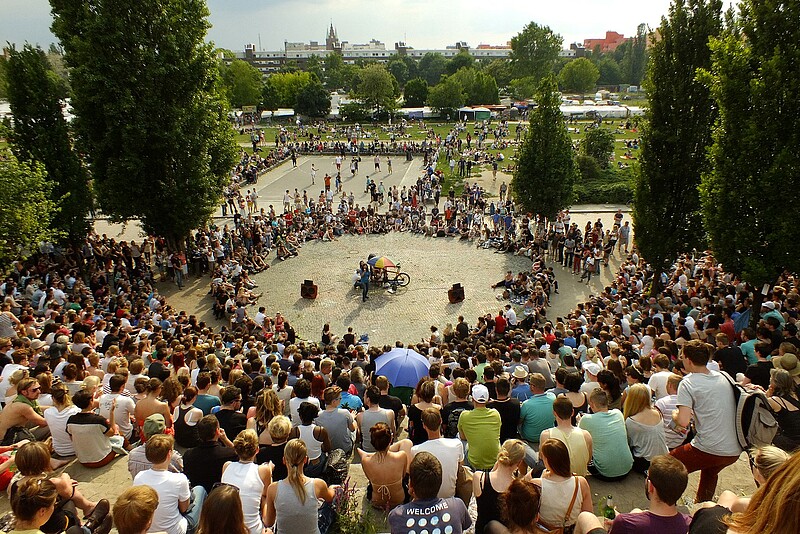 There’s also a big open air karaoke stage every sunday, and also street musicians gather around on weekends. Located in the middle of the city, between Mitte, Wedding and Prenzlauer Berg the park is very much alive and a popular place to meet, hang out or have a barbeque. 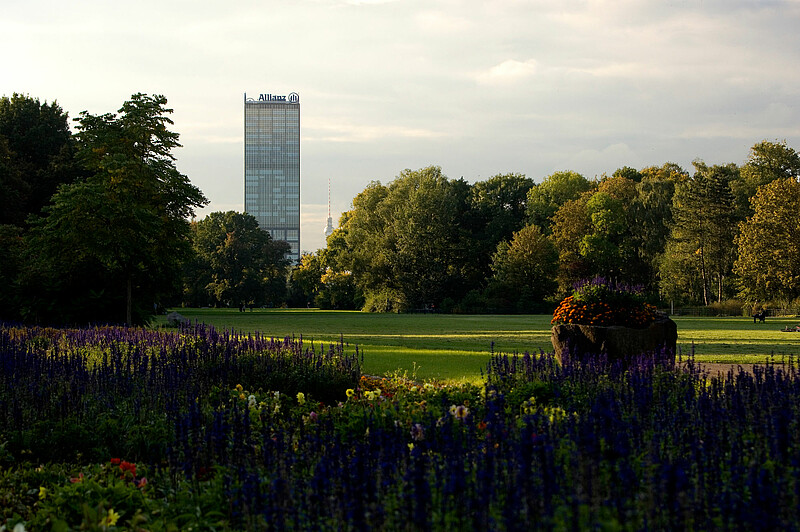 If you fancy a long walk with a view on the riverside of the Spree, Treptower Park is the perfect scenery for you. 84 hectares of green park area with a landing point for river cruises, peddleboat rentals and food options like the Zenner Restaurant. You can visit the soviet memorial or cross the “Abteibrücke” to get to a tiny island called Insel der Jugend (island of youth). It’s particularly beautiful in autumn, when the leaves are bright and colourful.

This public park in the neighbourhood of Neukölln looks like a royal garden with its water fountains and orangery consisting of a cafe and gallery. In the north of the park you can moreover find a beautiful flower garden. The former gravel pit lies five to seven metres below the street level and is now a true oasis for relaxation away from the rush of the city.

There are some impressive remains of royal history to be found in and around Berlin. If you're curious to take a stept back in time and take a break from the contemporary city, these retreats might just be right for you. 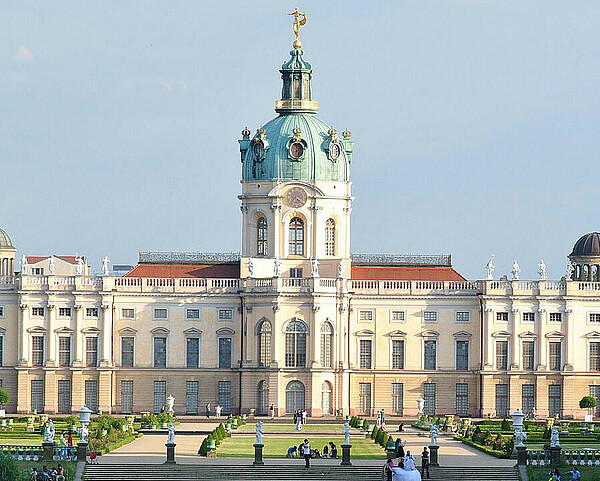 The palace garden in Charlottenburg is one of our favourites! The Old Palace and the New Wing are the largest and most significant palace complex in Berlin stemming from the former Brandenburg electors, Prussian kings and German emperors.

You can tour the beautiful interior of the palace or just wander outside throught a neat and artful grown garden in the front and rural and wild area in the back. With many little streams going through the park and the Spree riverside on the left of it, the park is very idyllic and on weekends, you will encounter many Berliners going for a run or walk with the family there. Except the orangery next to the castle, there are no cafes inside the park, but there are plenty of options around it. 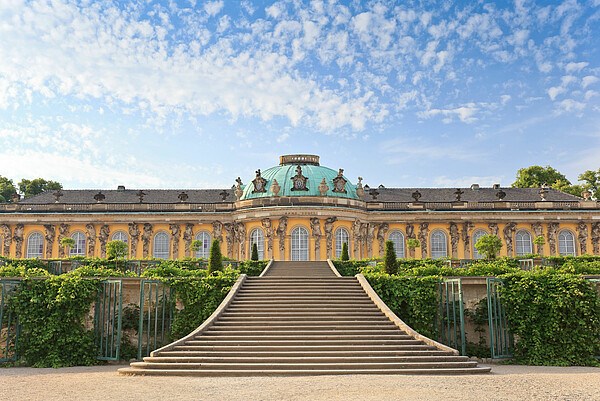 Frederick the Great was a simple man: He wanted to be without a care - in French: sans souci. Sanssouci Palace was built as his summer residence between 1745 and 1747 and ultimately became the king's favorite place and sanctuary in difficult times.

Visitors can explore the originally preserved 18th century interior decoration, or enjoy the view of the famous vineyard terraces and take a walk around the vast park, including the Neues Palais (New Palace) which is loctated just at the back of Sanssouci Palace.

Where to find? Sanssouci, Maulbeerallee, 14469 Potsdam

Of course going to a classical concert won't fit in every weekend-trip to Berlin. If you're looking for someting very special to complete experience, we highly reccomend a concert or performance in one of Berlin's symphony orchestras or opera houses. 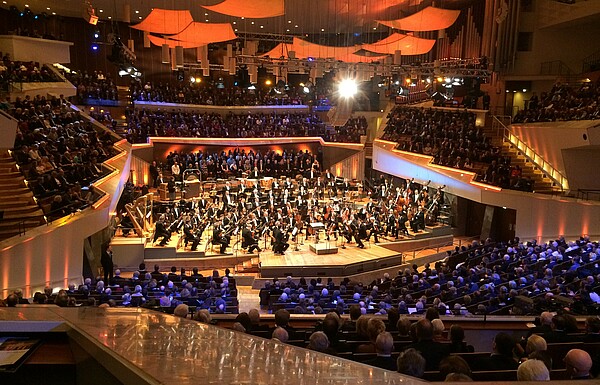 Home to Berlin’s very own philharmonic orchestra - consistently ranked as one of the best orchestras in the world - the Philharmonie has been the musical heart of Berlin since 1963 and became part of the new urban centre after the fall of the Berlin Wall. With 2,250 seats and Hans Scharoun’s unusual but innovative architectural design, it provides an exceptional auditory experience. Together with its "little brother" the Chamber Music Hall, it supports several chamber music ensembles and also offers music enthusiasts worldwide the possibility to listen to its concerts through their Digital Concert Hall created in 2008. 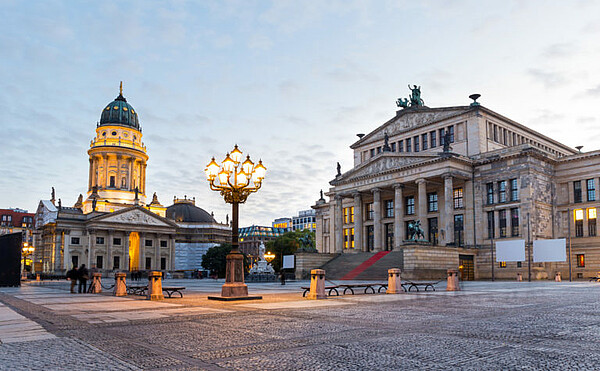 Konzerthaus Berlin offers you a wide-ranging program, from symphony concerts to chamber music, from musical theater productions to special children's concerts, from old to modern music.

The building is home to the Konzerthausorchester Berlin was opened as a theatre in 1821 and is one of the most beautiful works of famous Prussian architect Karl Friedrich Schinkel. After being destroyed during the last few days of World War II, it was completely rebuilt from 1979 during the era of the German Democratic Republic.

Where to find? Gendarmenmarkt, 10117 Berlin 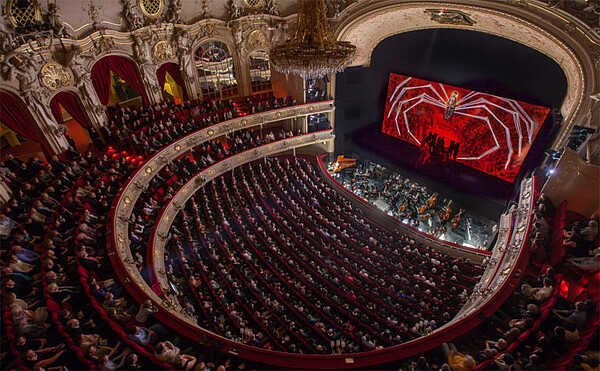 Berlin's fourth opera house is unique in the diverse cultural scene of the capital. A little different from usual opera houses, the Neuköllner opera ("NO") goes beyond new productions of a known and limited repertory and hosts undogmatic musicals as well as baroque plays and was the first one bringing a turkish-german music theatre on stage. The NO likes to experiment with traditions and is the most productive music theatre in Europe.

House of the Wannsee Conference

Located at Berlin's lake Wannsee is the memorial and educational site of the Wannsee Conference, which took place on January 20th, 1942 and held by representatives of the SS, NSDAP and many Reich ministries. The conference was about the “Final Solution of the Jewish Question”. Today visitors can learn more about the persecution and murder of European Jews and the history of National Socialism, its prehistory and consequences.

The permanent exhibition is currently closed but a new one will open in January 2020 at the 78th anniversary of the conference house. 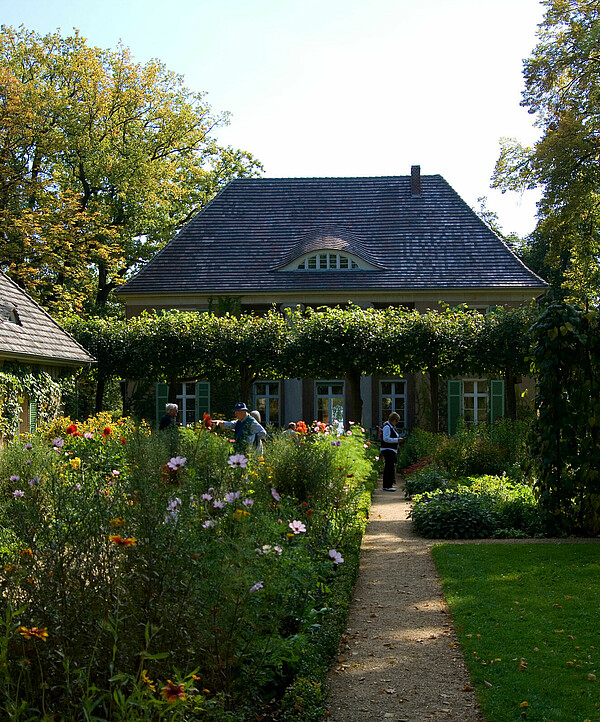 If you’re already at Wannsee you should also visit the summer residence of german impressionist Max Liebermann. The beautiful garden at the lake was Liebermann’s getaway from the turbulent city. Artist lovers can visit the permanent exhibition of Liebermanns garden paintings as well as changing impressionist exhibitions.

We hope you found this a helpful starting point to plan your trip to our favortite city. If you end up falling in love with it - as many people have before - Berlin Partner is happy to provide you with our specialized, free-of-charge services regarding: