City with a beat

The fall of the Berlin Wall on November 9, 1989 not only reunited two long-separated countries, it also shifted Berlin’s narrative from the divided city to the city of freedom. In the 1990s, the city’s unique circumstances turned out to be fertile ground for a young electronic music scene. Over the years, merging creativity and freedom, a once rebellious “collective” developed into a professionalised and vibrant field of business, also pushing music-tech companies to the forefront.

Having been around for over two decades, pioneers like Native Instruments and Ableton were among the first to embrace the merging of music and technology, somewhat coining not only the term “music-tech”, but the industry itself. Embracing and promoting digital change, they carved the way for more music-tech companies to follow, with Soundcloud being among the most influential. During the mid-2000s, the global online audio distribution platform opened its global headquarters in the German capital. 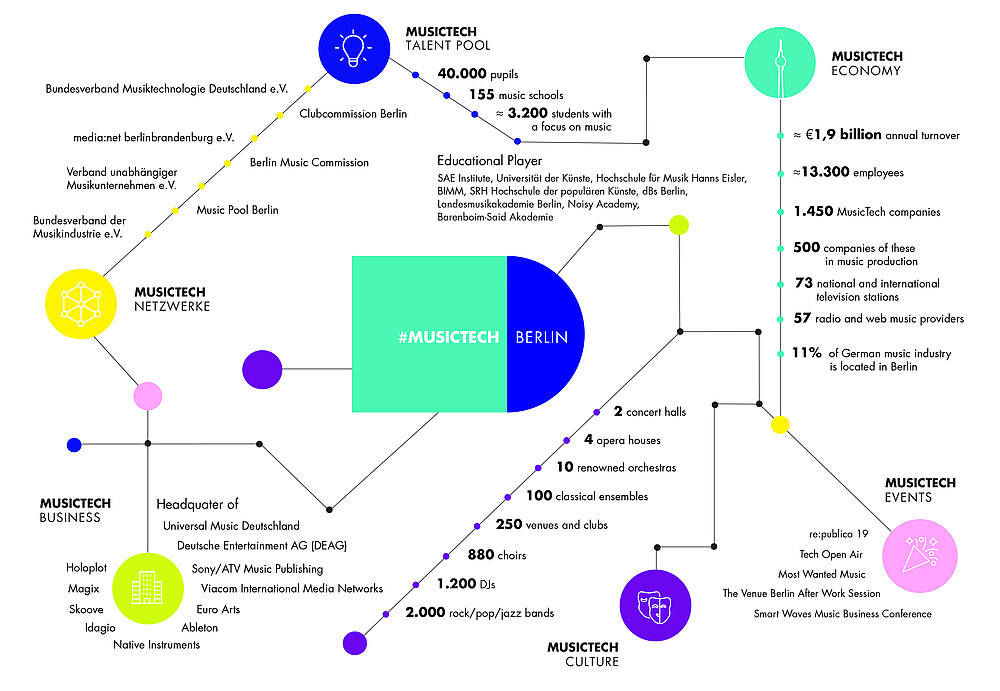 From hackerbase to blockchain and big data hub

A driving force behind technological developments since the 1980s, the Chaos Computer Club, advocates a transparent and independent use of such technologies, addressing and appealing to Berlin’s numerous music and tech developers. A few decades later, blockchain technology emerged as the revolutionary concept behind cryptocurrencies like Bitcoin, and Berlin tech companies like Resonate and SatoshiPay were among the first to adopt it. Transparency and decentralization are two of the main aspects connected to the introduction of the blockchain. To encourage large-scale acceptance, questions about data-security for example, need to be solved. In Berlin, companies can find developers who are able to tackle these issues and set new standards.

With a widespread portfolio ranging from audio editing to new and sustainable music rights management, the ever-growing industry then spawned startup after startup, with even smaller companies finding their niche. Mimi Hearing Technologies for example used a big data approach to develop an app that scientifically checks the hearing ability of a user within minutes. Another young music-tech-startup in the early stages of its development, Eleven, is conducting research at a software, which provides transparent insight for collaborating music creators on what percentage of the music they actually own. 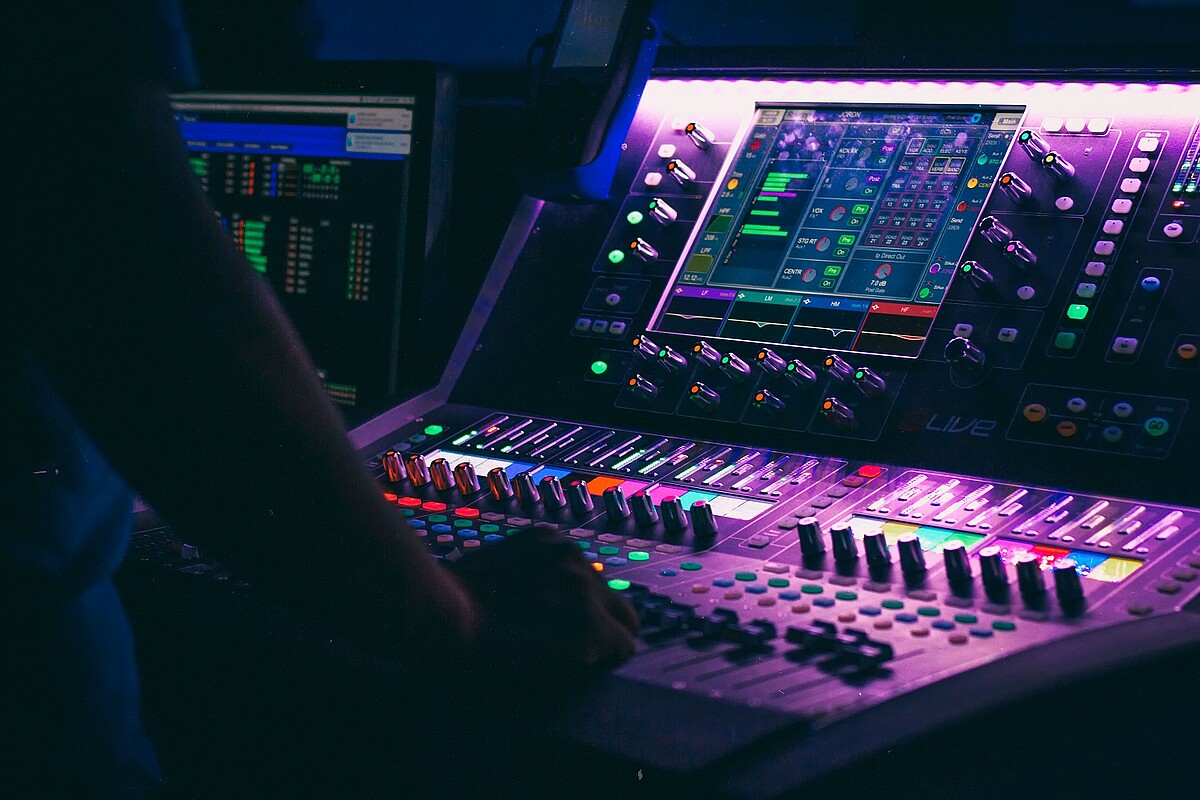 Photo by Denisse Leon on Unsplash

Why do founders choose Berlin as their home base?

Berlin is the perfect mix of tech, creative and the disruptive "blow your mind" scene. It is a very attractive location for us, also to find talents and build networks.

What Mimi, Ableton, Eleven and Soundcloud have in common is running on and embracing disruptive technologies and digital change. As the capital of Europe’s largest and economically strongest country, Berlin is home to one of the most dynamic and diverse media landscapes, including telecommunications, publishing, advertising, film, games, and music - with music-tech alone generating an estimated annual turnover of approximately 2 billion euros.

As a result of its productive and creative environment, major players within Berlin’s music-tech-scene came together in 2017 to form the world’s first official music and tech association, MusicTech Germany. The coalition of, entrepreneurs, benefactors, artists, developers and experts from different backgrounds strives to support a competitive development and pushes for political support in order to provide the best conditions for founders and innovative minds.

Watch the following video for more facts and figures from the music-tech capital Berlin:

The creative potential of Berlin is further cultivated by local universities, among them renowned colleges like Universität der Künste (College of Fine Arts) and Hanns Eisler Academy of Music. Overall in Berlin 3.200 students are enrolled in programmes related to the field of music-tech. Together, they provide more than 1,400 Berlin-based music-tech-companies with promising employees, making it one of the most diverse and aspiring talent pools.

Berlin is open to change, and visionary people from all over the world flock to the city because of this. Along with its widespread network throughout multiple industries, its accessibility, its innovative spirit paired with affordable commercial and living conditions, Berlin is considered a hotspot for the music and tech industries in the world.