Berlin is a hotspot for biomedical research. We spoke with Christian Drosten, director of the Charité’s Institute of Virology, one of the leading experts on coronaviruses worldwide and ambassador of the Brain City campaign.

Berlin’s famous university clinic the Charité dates back to 1710 and is today one of Europe’s largest hospitals, consisting of more than 100 centers, departments and scientific institutes located around four campuses in Berlin.

Among the international partner universities of the Charité is the Johns Hopkins School of Medicine of Baltimore. Like Johns Hopkins, the Charité’s Institute of Virology has recently gained public exposure in the wake of the Corona pandemic, largely due to its charismatic head, virologist professor Christian Drosten.

Thanks in part to the work of Drosten and his team, Germany and Berlin were relatively well prepared when Corona hit. The Charité is taking part in many publicly funded research efforts in the field of infectious diseases, like the RAPID consortium funded by the German ministry of research and education, the European Union consortia COMPARE, or PREPARE, a program on clinical preparedness against pandemic infections. The Institute of Virology was also a founding member of the European Virus Archive (EVAg), an EU infrastructure that references virus’ for research purposes.

All this requires a great deal of coordination. “The Charité is big,” Christian Drosten says. “It supports many research projects and covers many areas of expertise, especially in patient care. These need to be organized and the major players need to talk to one another.”

Just as a virus does not respect national borders, health issues or diseases concern not only practitioners of medicine. When a pandemic hits, all walks of life are affected and many disciplines must work together. The Charité has a coordination and communications hub, Charité Global Health, which Drosten also heads.

“We want to connect the Charité as a whole with Berlin's research landscape, with an eye beyond the city's borders. There are excellent global health research institutions in Berlin: for example, at the Robert Koch Institute with its own global health program, the Free University of Berlin, which has several interesting departments, the Humboldt University of Berlin, and the Technical University of Berlin. All institutions that have already established their own profiles in the field of global health, a field that has become significant not only (as the term implies) for physicians, but also for social scientists, for engineers, and for scholars in the humanities. The list of disciplines involved in global health is long. Now is the time to get to know each other and find points of crystallization.”

When asked why he had come to Berlin in the first place, Professor Drosten says, “There were several reasons for this. The institute in Bonn [Drosten headed the Institute of Virology at University Hospital Bonn between 2007 and 2017] was very successful. But after ten years, I just wanted to do something new. And, of course, the Charité has a special attraction for every physician in Germany. The Charité is certainly not a place where you rest on your laurels. Instead, it's a place where you can and even must make a difference. This is known throughout Germany, which is why a professorship at the Charité is both a challenge and an honor. But going to Berlin was also a private decision. I grew up on a farm, then studied in Münster and Frankfurt and finally went on to Hamburg. At some point, I realized that living in a big city is the stimulus I need in my life, and Berlin is, of course, the best and undoubtedly most interesting city in Germany. I had to seize the opportunity to go to Berlin.”

Christian Drosten is a country boy who made it in the big city. Born in the provinces, he went to school in the nearest small town, which had about 35000 inhabitants. Now he lives in Berlin, a city of over 3,5 million people. What does Drosten like about Berlin?

“Berlin as a capital city is very closely connected to everything - this is a very interesting perspective, especially in professional life. I am also interested in Brandenburg and Mecklenburg-Western Pomerania. I find a rural landscape delightful. And then there is life in the city. Life is different when you find everything you need. I find the diversity that Berlin offers very attractive. It is something very special and different from the other German cities I know. For example, I know Hamburg and Frankfurt very well and they are beautiful cities. But they lack this character that Berlin has because of its diversity.”

What about Berlin's research landscape? How does it compare with other locations?

“Berlin has its advantages and disadvantages. If you work in a small town, you get to know people relatively quickly. You know what resources are available and how much wiggle room you have. The possibilities here in Berlin, meanwhile, are almost endless. In Berlin, people don't have to adjust themselves to limited possibilities. There's always a partner for anything you want to do. Even the size of Berlin's research landscape is amazing in its own right. It has its own energy. The colleagues, both here at the Charité and at other research institutions, are very accessible and approachable, without any reservations. In Berlin you will encounter many interesting characters. At some point, these people decided to go to Berlin. Anyone who went to Berlin in the 90s, for example, was doing research here like a pioneer. I believe this spirit is widespread in Berlin's research landscape. That's what makes it so nice here. In Berlin, there are many researchers who didn't have any cushy chair to slip into when they arrived. Everything needed to be set up and this required a lot of energy, an energy that can still be felt everywhere in Berlin today.”

Professor Drosten has been drawn to Berlin just like thousands of individuals from all walks of life. The city’s unique history seems to lend it a flair or mystique for people all over Germany, and all over the world. In fact, over half the people living in Berlin’s central districts were not born in Berlin. You’re more likely to find “real Berliners” in the outer districts such as Spandau or Treptow.

In any case, internationally renowned institutions such as the Charité continue to serve not just the city but all the world. And, as professor Drosten’s example shows, Berlin continues to attract the best and brightest individuals from all over the world on account of the quality of its institutions, and the quality of life here.

Text: Olaf Bryan Wielk, ideenmanufaktur, based on an Interview for Brain City Berlin 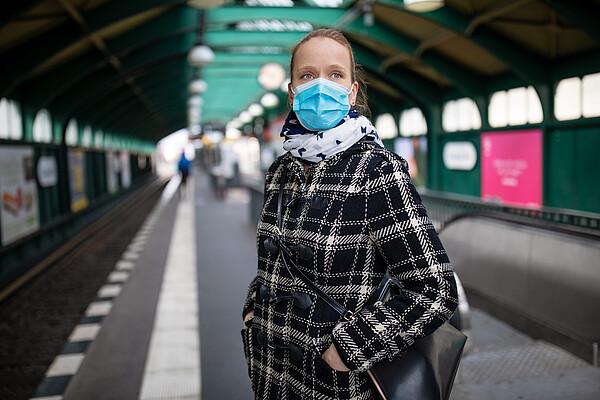 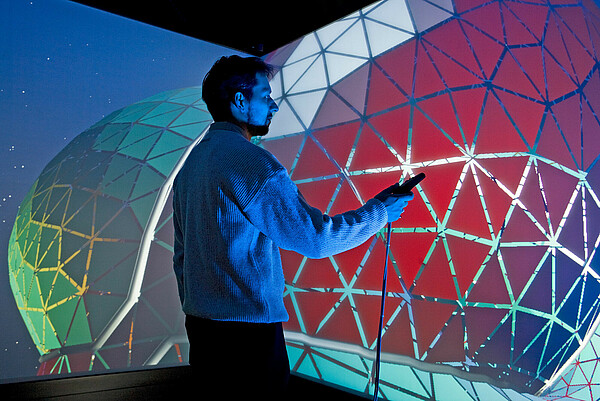 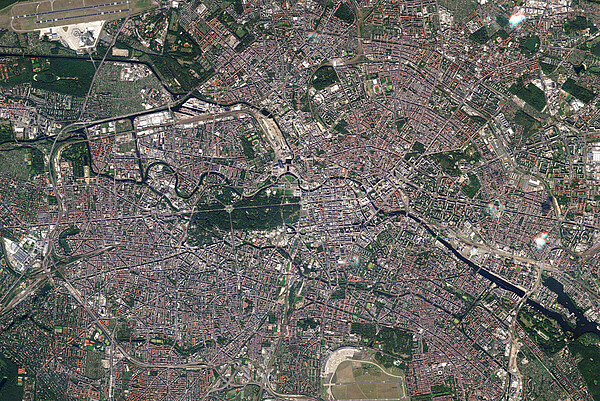