From the classical waste disposal company to the zero packaging shop: with more than 400 compa­nies and 8,500 employees, the circular economy is an important economic fac­tor in Berlin, with great potential for growth. The city has committed itself to the Zero Waste model. It remains an ambitious goal, even though Berlin can already point to some good examples.

Overfilled trash cans and cigarette butts on the streets: for some people, a certain amount of (crea­tive) chaos is part of the Berlin cityscape. Each inhabitant of the metropolis produces around 380 kilograms of waste per year. In total, up to 800,000 tons of garbage are produced annually; 30,000 plastic bags and 20,000 disposable cups are used every hour. "We want to move away from being the garbage capital to a zero-waste city", Werner Graf, the regional chairman of the Green Party, formulated a demand in 2018, which was adopted as a model by the Berlin Senate one year later: "We are developing a modern, environmentally friendly circular economy for Berlin", said Regine Günther, Senator for the Environment, Transport and Climate Protection.

To this end, the Waste Management Concept 2020-2030 is to contain a concrete and implementable zero waste strategy and to focus more strongly than before on the expansion of waste prevention and reuse as well as recycling. "The aim is to generate less waste and reuse residual materials as raw materials," says Günther, "in this way we are also making an important contribution to climate protec­tion. Only if we quickly say goodbye to the throwaway society will we be able to achieve sustain­able develop­ment.”

Circular economy: For the environment and the economy

Under the motto "Reuse instead of throwing away", the Senate Department for the Environment, Transport and Climate Protection launched the Re-Use Berlin initiative in 2018. In addition to collec­tion and sales campaigns, used utensils from private households will soon find new owners in the depart­ment stores of the future. After all, an average of 244 items per household are still in working order but are no longer used. The project will not fail due to the ecological awareness of the Berlin population: second-hand shops and eco-markets are omnipresent in the streets and citizens' initia­tives keep their neighbourhood clean. 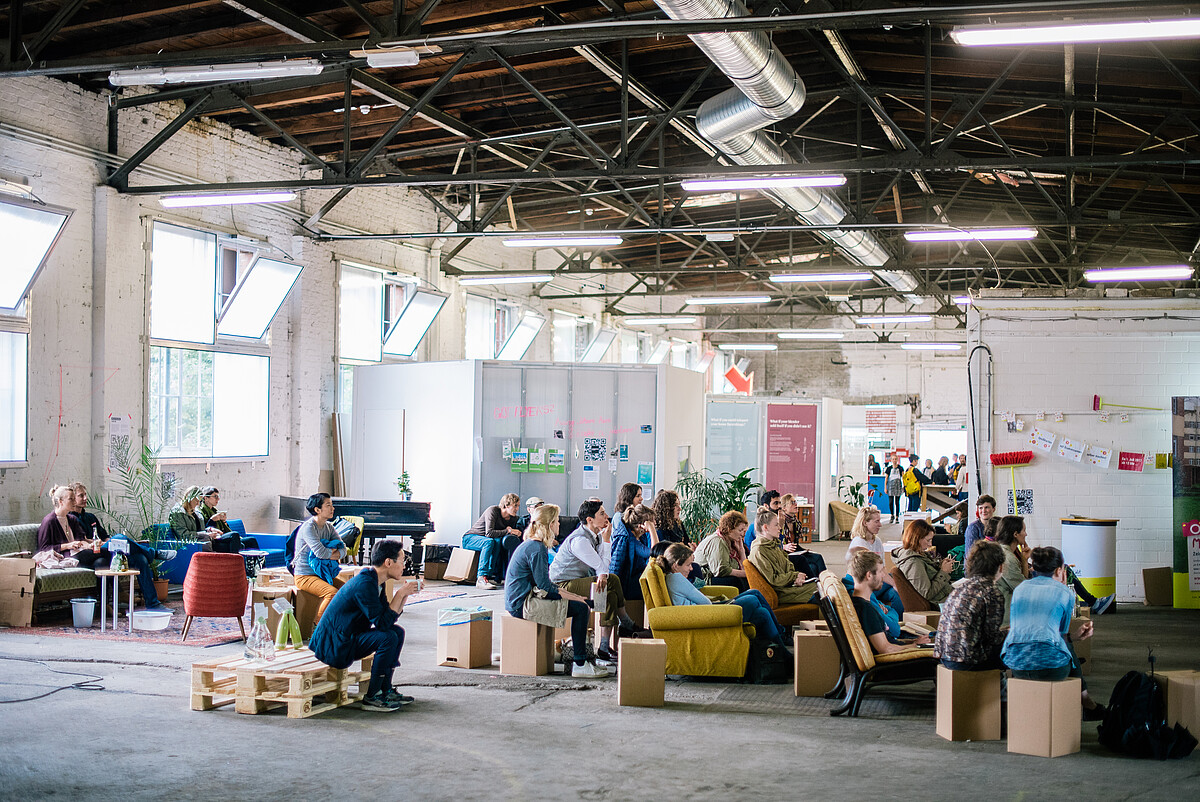 Research institutions and institutes such as the Chair for Circular Economy and Recycling Technology at the Faculty of Process Sciences of the TU Berlin or the European joint project CloseWEEE at the Fraunhofer Institute for Reliability and Microintegration deal with interdisciplinary issues such as energy recovery from individual waste streams and their optimisation. The circular economy is not only good for the environment. With over 400 companies and 8,500 employees, the industry is a growing competitive factor in Berlin. In Germany's largest contiguous waste disposal area, this is due not only to the traditional waste manage­ment companies, but also to technology developers and startups which are jointly develop­ing new ideas for waste prevention and separation and recycling. In 2016, the CRCLR House in Neukölln, the first Berlin centre for circular economy, was created as a home for creative exchange between institutions, but also between interested people. Since then, concepts, recommenda­tions for action and pilot projects have been developed in the think tank and do tank. In addition, the initiators provide advice on topics such as the circular economy, waste prevention and citizen activation.

Recycling and reducing waste and packaging

Founded in 2010, the Trenntstadt Berlin ("Separating city Berlin") initiative is supported by the city cleaning service Berliner Stadtreinigung, ALBA, a disposal company for trade, commerce, industry and the construction industry, the Stiftung Naturschutz and Berlin Recycling and Bartscherer & Co. Recycling GmbH. With numerous activities and offers, this initiative aims to raise the awareness of Berliners and encourage them to separate waste properly. The "Waste-Free Day" campaign day, which took place for the second time in 2019, is intended to encourage people to value products instead of throwing them away. On Re-Map, a map that is also funded by Trenntstadt Berlin, everyone can find the most environmentally friendly way to pass on, exchange or dispose of clothing, kitchen utensils or books. 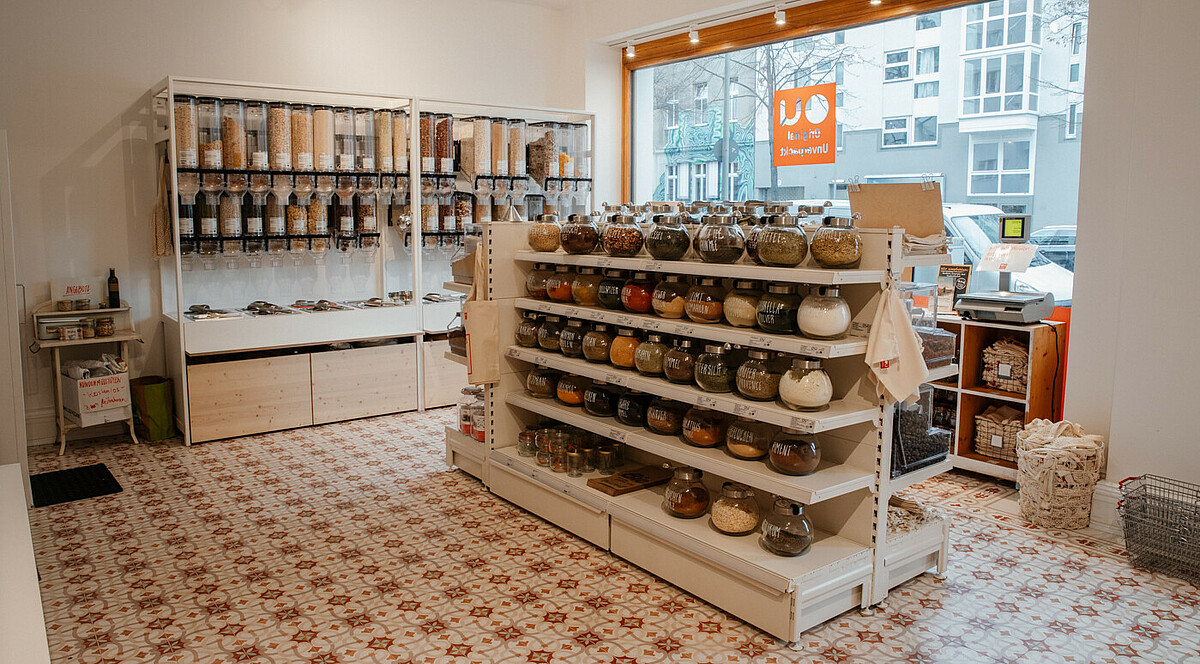 In turn, the interactive map of the BUND Federal Association Deutschland plastikfrei ("Germany plasticfree") shows where it is possible to shop in bilk and without packaging in Berlin and elsewhere. Supermarkets such as “Original Unverpackt“ or “Der Sache wegen" are not to be missed, just like the Neukölln wine shop ”Balera" in which wine can be bottled directly from the barrel. Germany’s first zero waste restaurant “Frea" in the district of Berlin-Mitte, fits perfectly into the picture: the vegetables come from local organic farmers in crates, oil and vine­gar bottles go through a deposit system and dry goods are delivered in 25-kilo bags in recycla­ble paper. The rest is self-produced. If anything is left over, it is the turn of "Gersi": in just 24 hours, the compost­ing machine turns any food scraps into compost, which the farmers then scatter back onto their fields.

Berlin-based Raphael Fellmer is up in arms about the food leftovers – to be more precise, the estimated 1,200 tons per month which unnecessarily end up in waste in Berlin and Brandenburg. After co-founding “Foodsharing“, a platform on which companies and private individuals offer edible food as gifts, he founded the company SirPlus, which sells rescued food in local supermarkets in Berlin-Steglitz, in Markthalle Neun in Kreuzberg and in the Berlin Ostbahnhof. In addition, he supplies restaurants at more favourable conditions and fills vending machines in coworking spaces and universities with snacks and ready meals which are either close to their best-before date or have already expired. Another asset of SirPlus is a digital marketplace where "rescue boxes" with snacks as well as tea or coffee can be purchased. "By 2030 we want to contribute to reducing waste by 50 per cent, the goal which the EU has set itself", says the active founder with ambitious plans.

Ambitions to operate more sustainably are also growing in the fashion industry. Ina Budde is set­ting a good example. Together with other experts, the Berlin designer has founded the closed-loop platform Circular Fashion and is thus getting at another wasteful industry: the fashion industry. A statement by the Ellen MacArthur Foundation shows how necessary this is. According to the state­ment, only one per cent of all clothing is recycled and processed to form new clothing. This is exactly what Circular Fashion wants to change. Clothing should not only last as long as possible, but should also be reused or recycled in accordance with the cradle-to-cradle principle. All this can only be achieved with the right materials, designs and methods of production, use and recycling. The creative Berliners impart their knowledge to material suppliers, fashion labels and recyclers in workshops and pure Circular Fashion software. In the latter, designers can use the Circular Prod­uct Check to find out whether materials and production methods make the garment recyclable. This information is saved in a specially developed circularity.ID and attached to the garments to inform consumers and sorters later about possible recycling. 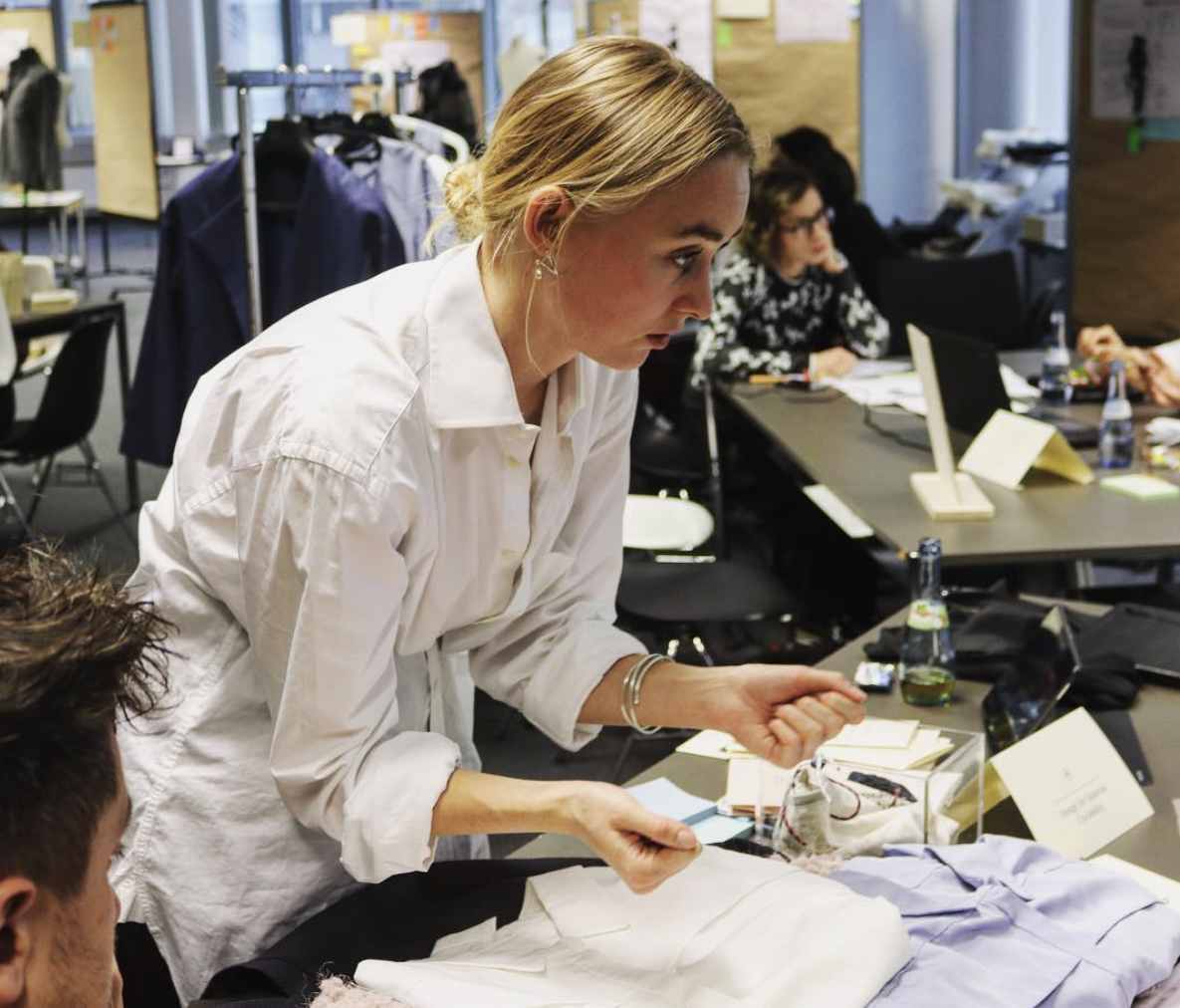 Every action counts: More and more initiatives from companies, schools and within neighborhoods

Textiles and fashion are among the four industries with the greatest potential in terms of recycling management - this was the conclusion of a study conducted by the association Circular City – Zirkuläre Stadt e.V. together with EIT Climate-KIC. Food and biomass, materials and products as well as construction are also among the hopefuls identified by the team of strategists, researchers and designers. And it didn't stop there: supported by Berlin Partners for Business and Technology, the TU Berlin and visitBerlin - to name just a few - the platform is involved in the realization of promis­ing projects. These include the one-year pilot programme on the circular economy at a pri­mary school in Berlin-Karlshorst as well as the development of a calendar app that brings together all events related to zero waste, sustainability and the circular economy.

Whether it's clothes-exchange parties, repair cafés or neighbourhood exchange platforms - events like these will be more and more common in Friedrichshain-Kreuzberg in future: soon the district will no longer want to be known for superlatives such as the highest population density in the smallest area and the most clubs. Instead, Friedrichshain-Kreuzberg wants to tackle the garbage issue. The district's anti-waste concept includes, for example, the installation of weatherproof barbecue sta­tions in parks, along with lending and cleaning options for dishes, glasses and barbecue accesso­ries. Deposit rings and crates at public hotspots are to encourage better recycling, and deposit bottle collec­tors will not have to dig through the garbage. With ballot bins - large, eye-catching hanging ash­trays - the district administration hopes to find fewer cigarette butts on paths and in parks.

The effectiveness and scope of the Zero Waste initiatives will be decisive for Berlin's path to Zero Waste. The civil society involvement of many zero waste actors offers great potential to raise awareness of the issue, and to ultimately generate sustainable change, beyond the current ecological niche existence.