A culture trip through the capital

Once a symbol of division, Berlin has transformed in recent years into the cultural and economic center of Europe, which hosts hundreds of thousands of people from all over the world. The distinctive past and countless relations with other countries and cities has left imprints throughout the German capital. We've put together some examples to get you started on cultural journey through Berlin.

A piece of Scandinavia awaits at the Nordic quarter in Prenzlauer Berg and Pankow. The quarter was renamed in the early 20th century and initially had Prussian city names. Now it includes names like Isländische Straße (Iceland), Dänenstraße (Denmark) and Malmöer Straße (Malmö in Sweden). Even famous Norwegian author Henrik Ibsen is honoured with the Ibsenstraße.

More Scandinavian culture can be found in the Felleshus within the Nordic embassies in Tiergarten. The cultural center and event venue functions as a shared space of the Scandinavian delegations; it holds concerts, exhibitions, readings and talks with a focus on Nordic artists and politicians. 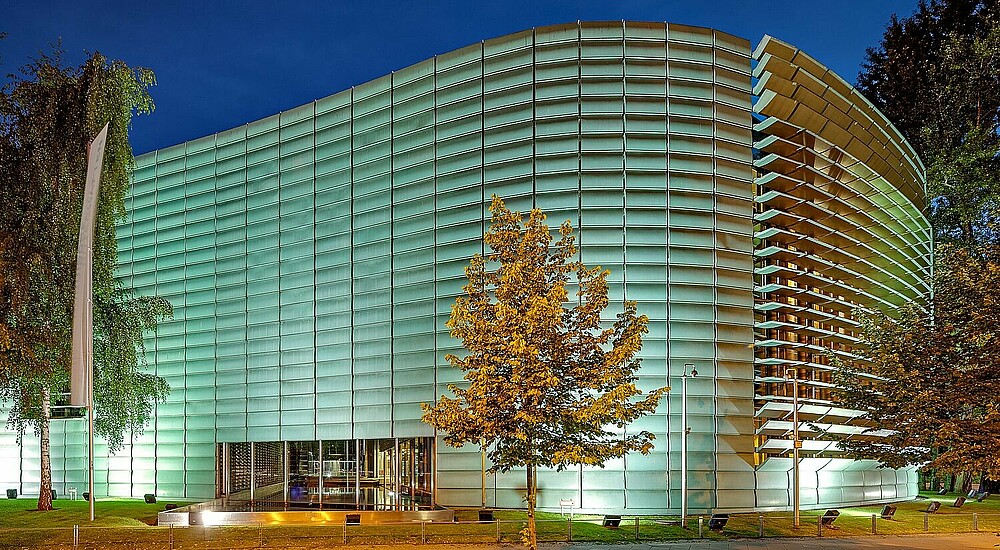 Moreover, the Lucia market at Kulturbrauerei in the district Prenzlauer Berg is a popular Scandinavian christmas market every winter. The feast is based on the Memorial Day of the holy Lucia (13th of December) and was the shortest day of the year before the introduction of the Gregorian calendar. Scandinavian sweet shops (like this one) also bring famous original Godis to Berlin and give you the opportunity to feel close to the North all year round.

It is noticeable that the previous occupation forces left a bit of their cultural heritage in Berlin, so did for example France and Great Britain. The French occupation zone was located in the north, covering the districts Wedding and Reinickendorf. Back then, streets, squares, estates and swimming baths had French names. French goods were offered in the shops and in schools French was taught. In 1994, the French occupiers – who were also friends by then – left Berlin, but cultural evidence of that era - like the Kulturhaus Centre Bagatelle and the Centre Français de Berlin, both in Reinickendorf - remain.

You may also experience some fine French cuisine and exclusive night life flair in the Paris Bar in Berlin-Charlottenburg. The French restaurant is not only known for its sovereign Entrecote but also for its prominent clientele and art works. 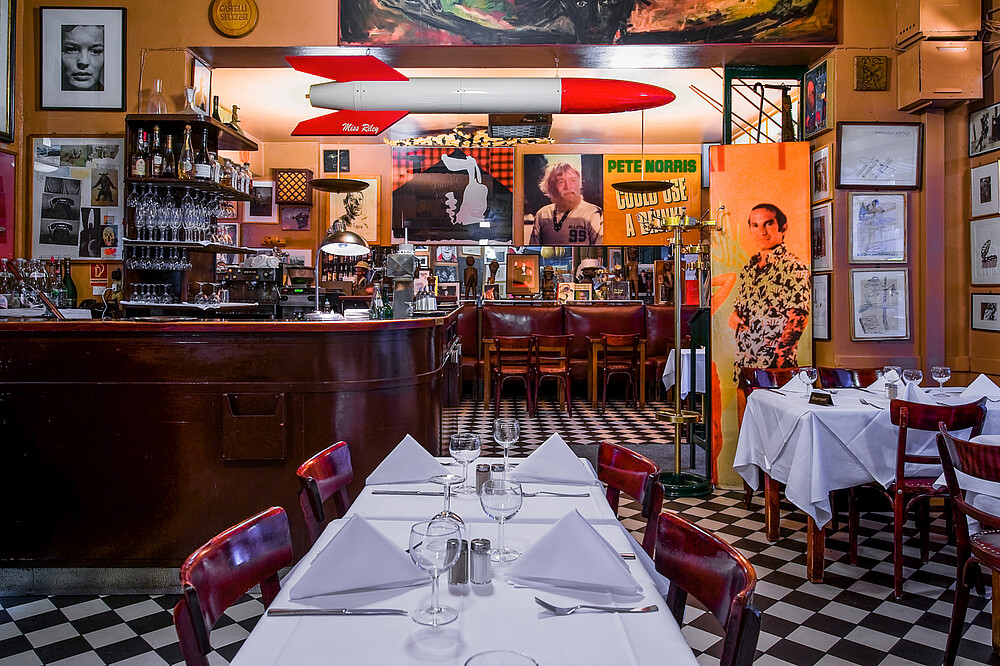 Great Britain also had its impact on the Berlin cityscape. The British War Cemetery in Grunewald and the British School in Charlottenburg still attest to the time when Great Britain ruled over the districts of Charlottenburg, Spandau, Tiergarten and Wilmersdorf. Because there are so many of places where Berlin feels British, we've pit them together in a separate list for you.

Gardens of the World 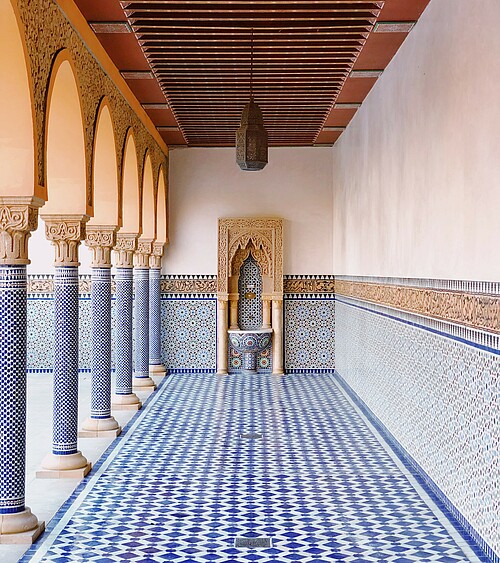 The diversity of European cultures can also be experienced in their cultivation of nature. In Berlin Marzahn, the "Gärten der Welt" (Gardens of the World) offer special insights into these differences.

For example, the Italian Renaissance Garden has a clear structure and a moderate size just like Tuscany’s famous villa gardens. The English Garden, set around a thatched cottage, represents a break in the strict geometrical forms of earlier Baroque design. Or take a look at the Oriental Garden which represents Islamic gardening traditions with themes like the hidden spring, paradise, and the oasis.

Turkish Immigrants have had a huge impact on the face of Berlin. After the war, guest workers from Turkey contributed to the reconstruction of the country that was severely damaged. This work opportunity attracted a lot of Turkish families and resulted in a wave of Turkish immigrants in the 60s and 70s, who in large parts settled in the previously cheap working district of Kreuzberg. The new influence changed the district in essential ways: Mosques, for example Şehitlik Mosque, the Turkish market at Maybachufer every Tuesday and Friday as well as bicultural institutions were built up and turned Kreuzberg and Neukölln into the districts they are today. Fun fact: It's the rumor that Turkish immigrants in Berlin invented the classic Döner Kebap that is known and loveed today by locals and foreigners alike.

From food and drinks to art, culture and more: What Berlin is missing from the mediterranean climate it makes up for with various southern European culture options. There are countless places for authentic Italian pizza, aperitivos and antipasti that give you a feel of Tuscany. The Italian Film Festival brings classic drama back to the screen and shows cinematic treasures that you wouldn’t necessarily be able to find. If you’re on a budget, you can also get any needed item for that holiday feeling from mediterranean or Spanish stores and supermarkets like Super Iberico in Berlin-Mitte. For cultural input from Spain, the Inistituto Cervantes Berlin offers a variety of Spanish culture events, from language lessons to movie screenings and art exhibitions.

Greek cafés (like this one), restaurants and boutiques in the city also contribute to the broad Southern European culture experience in Berlin. Here you can get fresh olive oil, pita bread and fine delicacies from Greece and its many islands. The Hellas Filmbox is a film festival, that focuses on Greek film and gives insight into the country, culture and modern trends and issues.

Roughly 30 years after the Polish-German Treaty of Good Neighbourship was signed, it is obvious in Berlin that the two countries share more than just a border. With over 50,000 Poles living in Berlin, the traces of Polish culture can be found all across the capital. From Kaszanka (blood sausage) to Pierogi (similar to dumplings), restaurants and deli shops like tak tak polish deli or Ania’s Polish Specialities offer a broad range of delicious polish dishes. But its culinary charm isn’t the only part of Polish culture you can explore in Berlin! The Club of Polish Losers (Klub der Polnischen Versager), founded by a group of Polish intellectuals back in the 1990s, when Polish migrants had difficulties integrating into German society and were often excluded. The German-Polish bookstore Buchbund and the Polish Cultural Institute, supported by the Polish Foreign Office, are all popular places to go to enjoy everything from Polish art, concerts and film premieres to book presentations and political discussions. For more polish art head to Pigasus, a polish poster gallery, showing a wide range of posters in changing exhibitions. And if you’re looking to get involved in Berlin’s diverse start-up scene, the Polish Berlin Tech Community is a great way to explore the advantages of German-Polish cooperation. 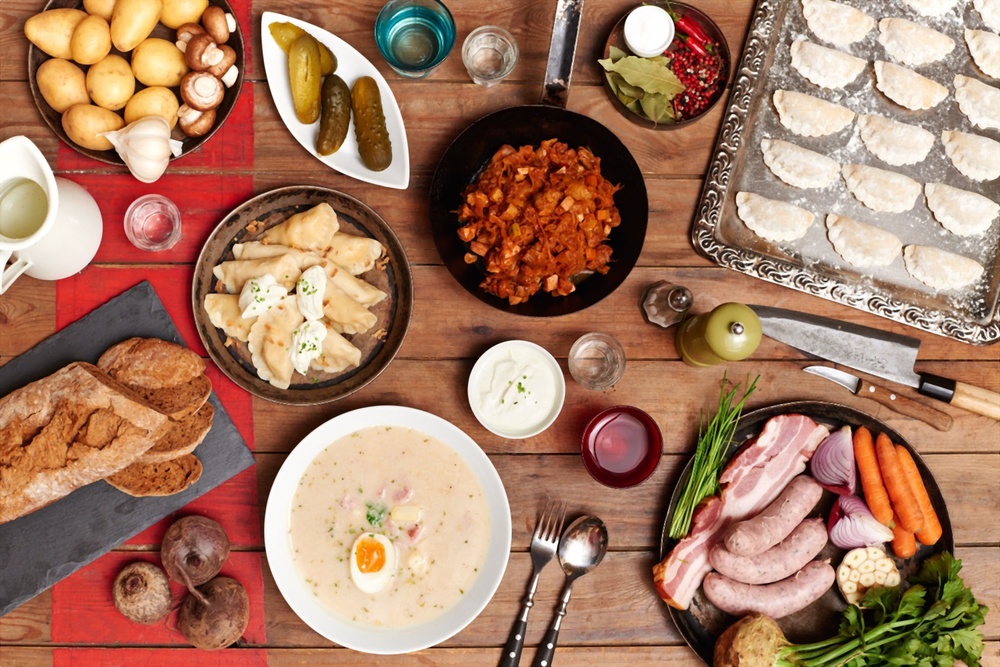 Moving a bit further East, Russian culture in Berlin is no less fascinating and easily accessible! From Russian theatre and film in the Russkaja Szena or the Kino Krokodil to the over 20.000 books, DVDs and CDs that can be found in the library of the Russian House of Science and Culture (Russisches Haus der Wissenschaft und Kultur), you won’t be left wanting when it comes to art and culture. The legendary Café Datscha or the authentic Tadshiki Teestube, are just two of the many Russian restaurants and shops across Berlin where you can enjoy anything from fine Vodka to Blini and Solyanka. 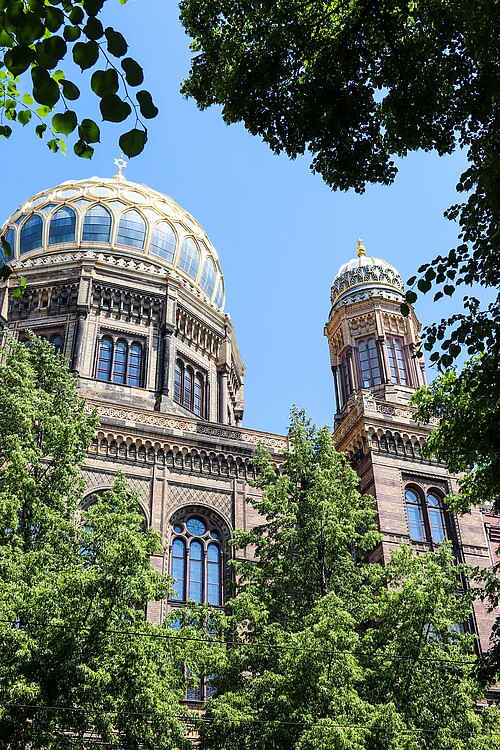 Despite the dreadful events in German history, Jewish culture in Berlin can still be found and is reclaiming its space. The former Scheunenviertel, located in Berlin-Mitte, is keeping Jewish heritage alive: around the new synagogue close to Oranienburger Tor, restaurants, cafés and galleries represent Jewish culture in Berlin. Located on Tucholskystraße - named after famous Jewish-German writer Kurt Tucholsky - the Beth Café is offering classic Jewish and Israeli kosher specialities. Other delis around also offer delicious jewish foods, such as Mogg and the culinary peace project Hummus and Friends .

The Hackesche Höfe , just a short walk away, used to be the center of Jewish life in the early 1900s. Now it’s filled with small shops and cafés and are always worth a stroll. Signs along the way explain the historical background of the former Jewish living space and give insight into the struggle of Jewish Berliners in darker days.

Apart from said spaces, you can find so much more cultural influences in Berlin - coming from Europe and beyond. For example you might also want to check out African Art at Bode Museum or the African food festival, or Baynetna – the first Arabic library in Berlin with cultural events and readings – or theThai street food event called “Thaiwiese” that happens every weekend at Preußenpark, just to name a few more examples. With so many influences from so many cultures, Berlin holds a something special for everyone, no matter where he or she might come from.

Header Image: Bergmannstasse in Kreuzberg district - a symbol for the multicultural Berlin © pixabay