Attentive readers of reason-why.berlin will know that there is not just one university in Germany’s capital. There are four:

The philosopher, linguist, and diplomat Wilhelm von Humboldt was instrumental in persuading the King of Prussia Frederick William III to establish a general university in 1810. Wilhelm von Humboldt (brother of the famous explorer and naturalist Alexander von Humboldt) believed firmly that education was an end in itself which was necessary for healthy individuals in a healthy society. He advocated that people had a right to be “well-informed human beings and citizens” with access to “certain kinds of knowledge … of a general nature” that could be a basis for acquiring vocational skills. It wasn’t until 1949 that the university was named in honor of the brothers Humboldt.

A stunning number of Nobel Prize laureates either studied or taught at the Humboldt University. 49 of the laureates won the Nobel Prize for the natural sciences, 23 won the Prize in Chemistry, 12 in Medicine, 4 in Literature, one in Economics, and three for Peace. Albert Einstein, Erwin Schrödinger, and Werner Heisenberg were professors at the HU and the university is associated with several breakthroughs in physics and other sciences.

A very recent laureate is Emmanuelle Charpentier, who was awarded the Nobel Prize in Chemistry in 2020 for her fundamental research on the gene scissors Crispr-Cas. She has been teaching at the Department of Biology at the Humboldt University since 2016 and is also a Director at the Max Planck Institute for Infection Biology, which is located on the Charité campus in Berlin Mitte.

While having a particularly strong tradition and history in the natural sciences, as a universitas litterarum the Humboldt, or HU, aims to be comprehensive and offers all the main academic disciplines of the humanities, social sciences, cultural studies, mathematics, medicine, and even agricultural sciences. The Humboldt has nine faculties, several associated scientific institutes and graduate schools, and almost forty thousand students, nearly five thousand of them from abroad.

There are collaborative projects and interdisciplinary centres, not to mention a startup service and an intellectual property rights strategy with the goal of effectively entering markets with HU inventions. Companies looking for specific technologies may find solutions on research.expertise.de, a website by the Humboldt-Innovation company.

Like the Free University in the west of the city, the Humboldt is one of the eleven “universities of excellence”, the German equivalent to Oxbridge or the Ivy League. Unlike the FU, the Humboldt is smack in the center of town. The traditional main building and the modern library are on the broad Unter den Linden boulevard which connects famous landmarks, the Brandenburg Gate with the Reichstag government building nearby and the Alexander Platz with its iconic TV tower. 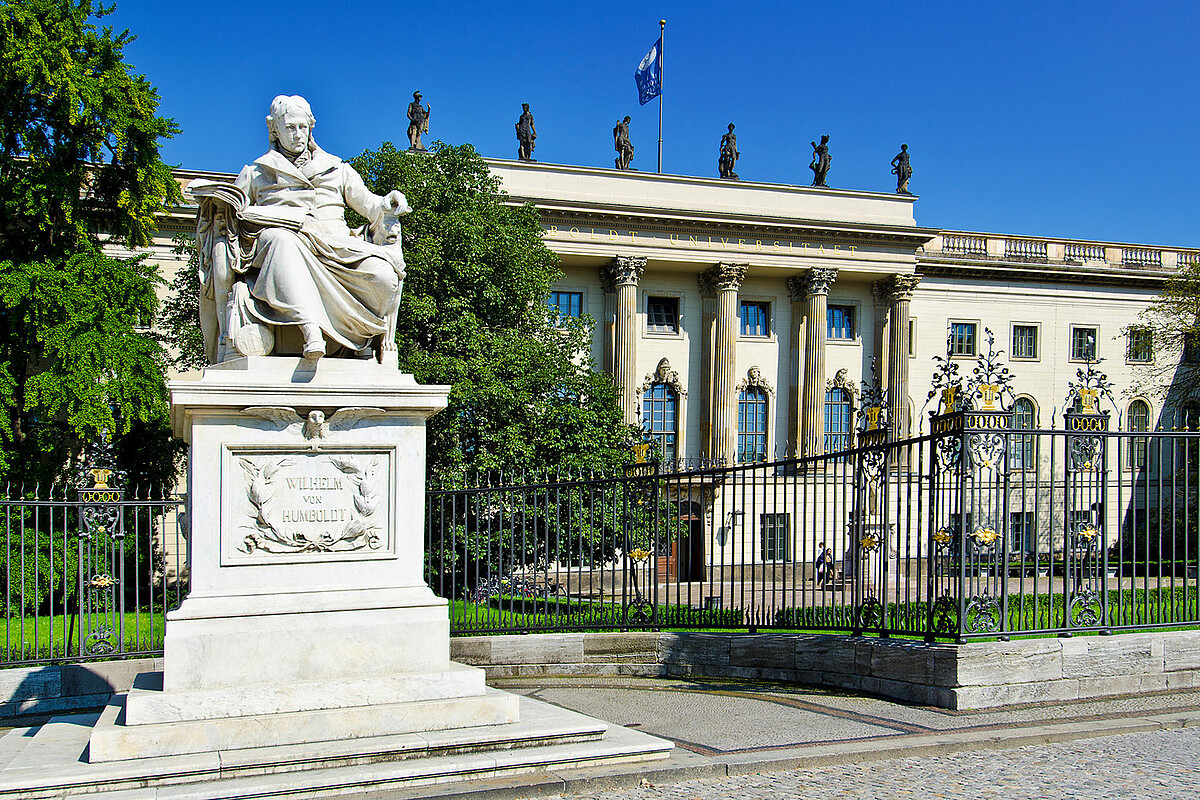 The main building of Humboldt University is the Prinz-Heinrich-Palais, built in Baroque style in the mid-18th century for Prince Henry of Prussia, brother of Frederick the Great. Other stylish buildings include the converted former Royal Prussian residence from 1809, which was rebuilt after WW2. So while there is no enclosed campus, in places you can get the whiff of cloistered halls suffused with the brainpower of generations past that you might associate with universities of heritage.

Philosopher Arthur Schopenhauer was a student at the Humboldt. Another 19th century philosopher, Ludwig Feuerbach, wrote of his alma mater, “In no other university can you find such a passion for work, ... such an inclination for the sciences, such calm and such silence. Compared to this temple of work, the other universities appear like public houses.”

The structure of this work-intensive university served as a model for famous research institutions such as the Johns Hopkins University. In the nineteenth century, the Humboldt university gradually expanded and incorporated other previously separate colleges in Berlin, such as the medical research center of the Charité, Berlin’s gigantic central hospital. Berlin’s Natural History Museum, itself steeped in tradition, was until 2009 part of the Humboldt University. 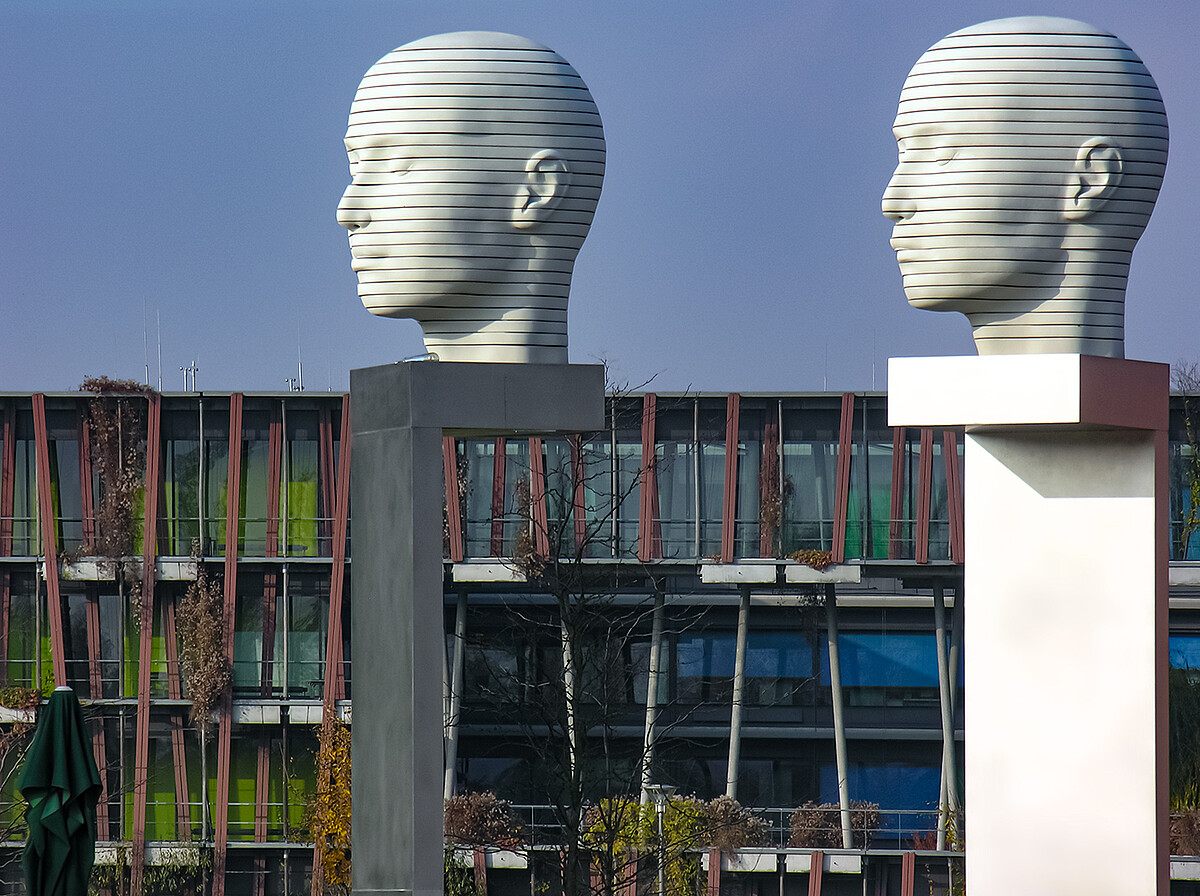 Campus Adlershof, seat of the Department of Physics. – © Pixabay

On May 10, 1933 upwards of 20,000 books, most of them stolen from the libraries of private institutes, were burnt in front of the university by a mob called to this action by the Nazi party. Joseph Goebbels among others gave a speech at the supposed demonstration protected by the party’s paramilitary SA. An inconspicuous but moving memorial is on the square today, a white underground room with empty shelf space for 20,000 books. An epigraph by Heinrich Heine, himself a student of the Humboldt, reads, “This was but a prelude; where they burn books, they eventually burn people” – words he wrote in 1820.

In the second half of the twentieth century the Humboldt University was in East Berlin, ultimately controlled by the Soviet Union, which meant that lectures had to be submitted for approval by Socialist Unity Party officials. Protests against the suppression of academic freedom at the university were dealt with quickly and harshly. Several liberal and social democrat students and teachers were targeted by Soviet persecution, and there are records of arrests and sentences of forced labor and even abductions, with some people taken to the Soviet Union and executed.

After the reunification of Germany in 1989 the university was explicitly purged of teaching staff that had been placed into their positions by dint of approval from the communist party. 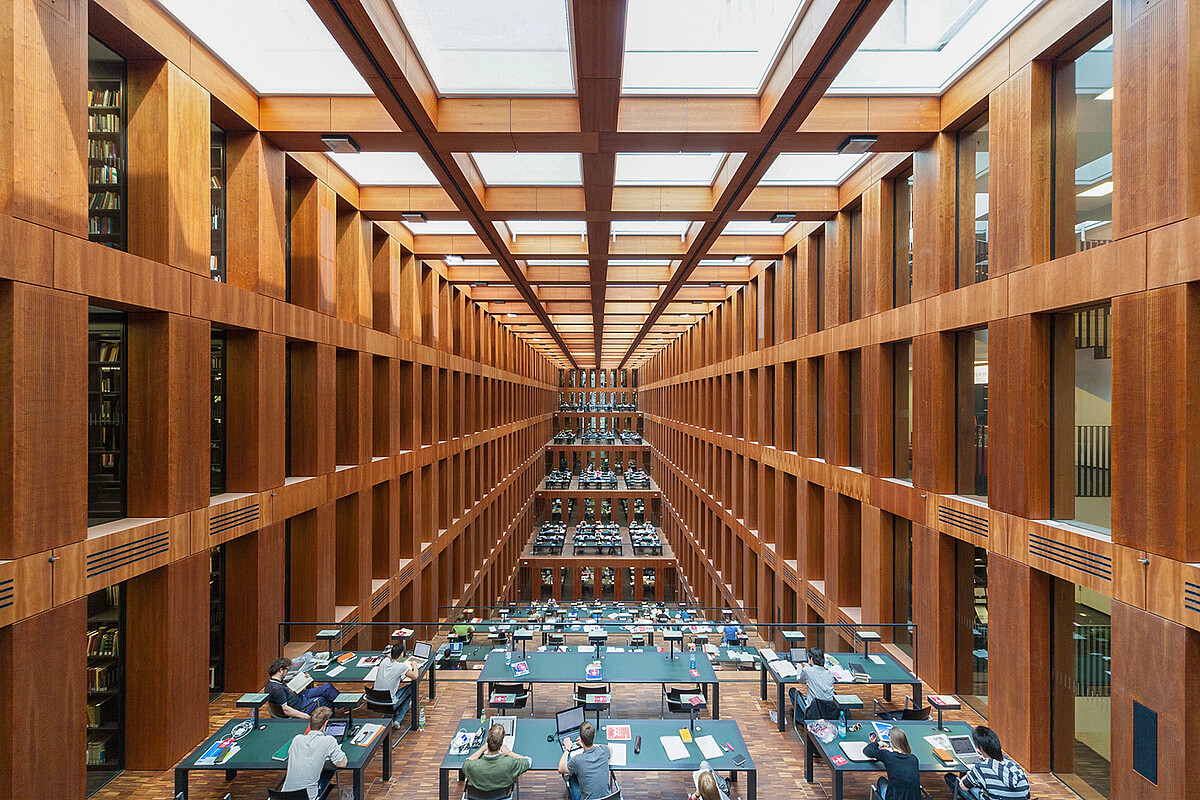 In 2009, the Jacob and Wilhelm Grimm Centre library opened. The university library contains approximately 6.5 million volumes in total as well as 9,000 magazines and journals. It is one of the largest university libraries in Germany.

The Humboldt is not only academically influential. Wilhelm von Humboldt’s ideas, which he transposed onto the University of Berlin that later bore his name, were so powerful and successful that they lasted into the twentieth century and are still being discussed today. Principles of academic freedom and autonomy for educational institutions in teaching and research are referred to as Humboldtian, which holds that the pursuit of knowledge is a basis for both civilization and education. All this fits into the German understanding of education (Bildung) as being more than merely the acquisition of knowledge – Bildung is understood as a holistic process of the personal and cultural maturation of an individual's mind and is considered an indispensable part of the self and one’s identity within society. 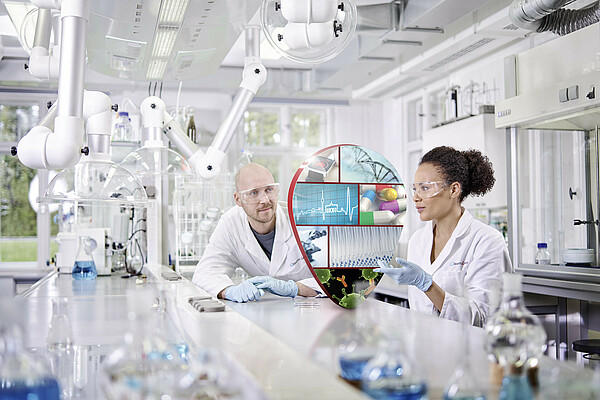 Every day, Germany’s capital Berlin is visited by tourists from all over the world. In fact, more than 12 million people… 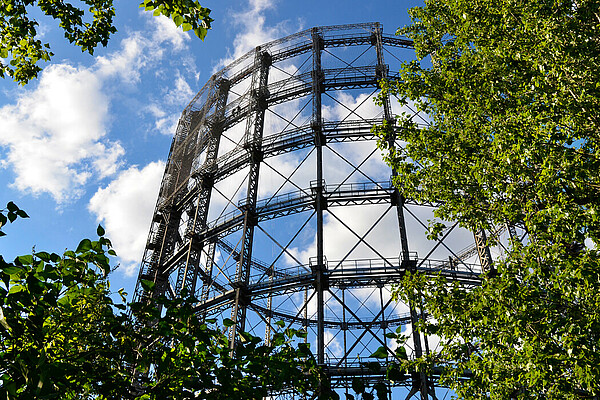 The 55,000-square-meter EUREF-Campus – a smart urban district and pilot project for the transition to sustainable energy and networked mobility. The…

Every day, Germany’s capital Berlin is visited by tourists from all over the world. In fact, more than 12 million people…

The 55,000-square-meter EUREF-Campus – a smart urban district and pilot project for the transition to sustainable energy and networked mobility. The…